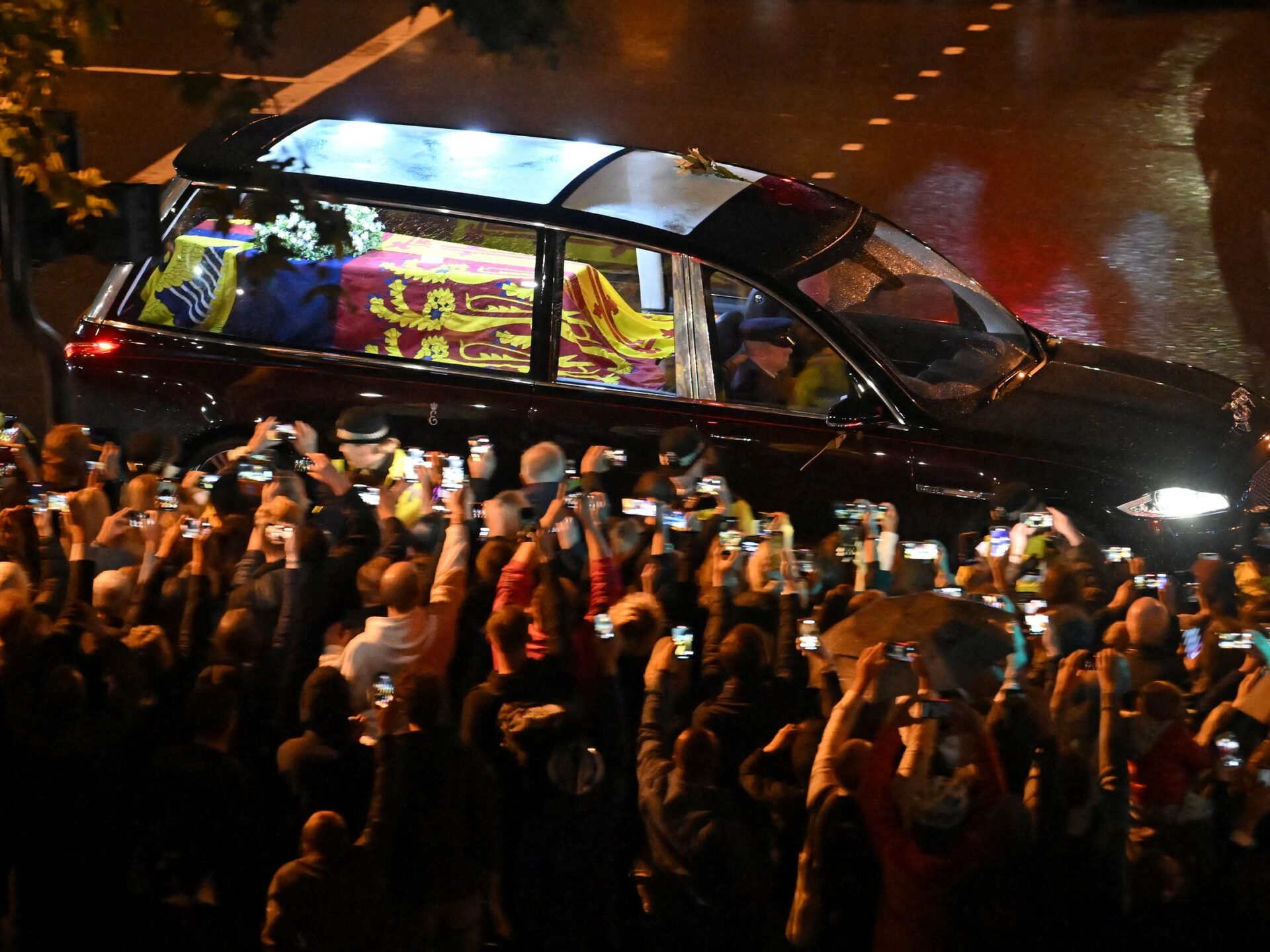 After being delivered from Edinburgh, the Queen’s coffin was met by hushed crowds under a darkening sky in the capital

She landed at RAF Northolt shortly before 7pm under a heavy sky. The light was fading fast.

Seven decades ago, stepping out on to the tarmac of another west London airport just a few miles further south, it had been as a “young gleaming champion”, ushering in what Winston Churchill predicted would be a glorious second Elizabethan age.

Taliban ban protests and slogans that don’t have their approval

UK health regulator concerned over use of rapid coronavirus tests