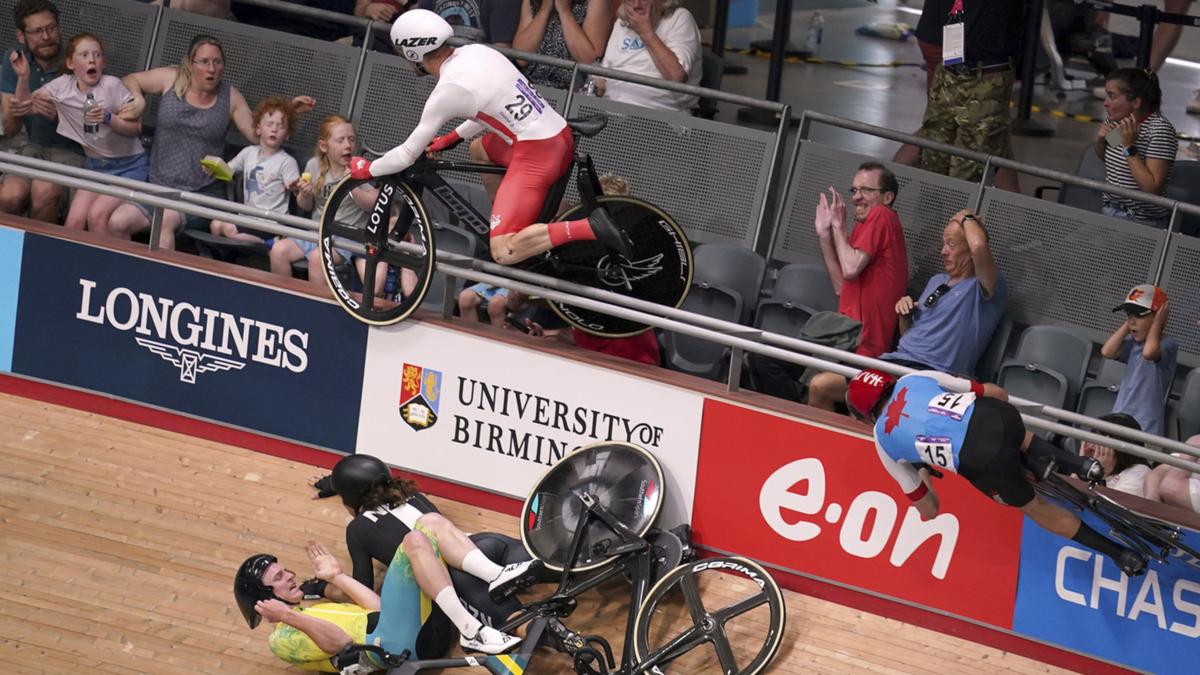 England’s Matt Walls was involved in a terrifying accident at the Commonwealth Games on Sunday when he was catapulted over the barriers and into the crowd at the Lee Valley VeloPark. The Isle of Man rider Matthew Bostock was also injured in the crash.

Walls received treatment for more than 40 minutes before being taken away by ambulance, with spectators also hurt after he and his bike had come over the top of the barriers on the high banking of the corner.

Don’t believe the hype: AI is no silver bullet

NHS hit by thousands of malicious emails at...

Russian teacher ‘shocked’ as she faces jail over...