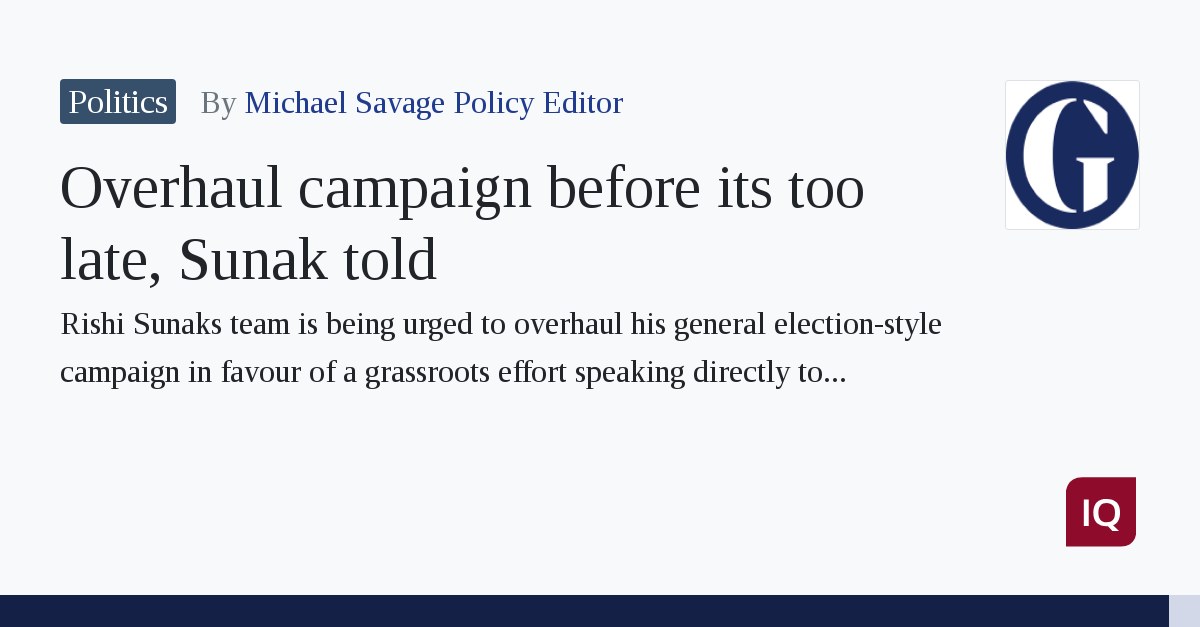 Rishi Sunak’s team is being urged to overhaul his “general election-style” campaign in favour of a grassroots effort speaking directly to Tory members in a last-ditch attempt to beat Liz Truss to the Conservative leadership.

With some supporters of the former chancellor in despair over the apparent grip Truss has assumed over the contest to replace Boris Johnson, allies have warned that there has been too much focus on polished social media content, TV appearances and visits to swing voters that have not won over Tory members.

Biden tests positive for Covid only days after testing negative

Bank of England raises interest rates to 1.25% to tackle inflation

Russia-Ukraine war: catch up on this week’s must-read news and analysis