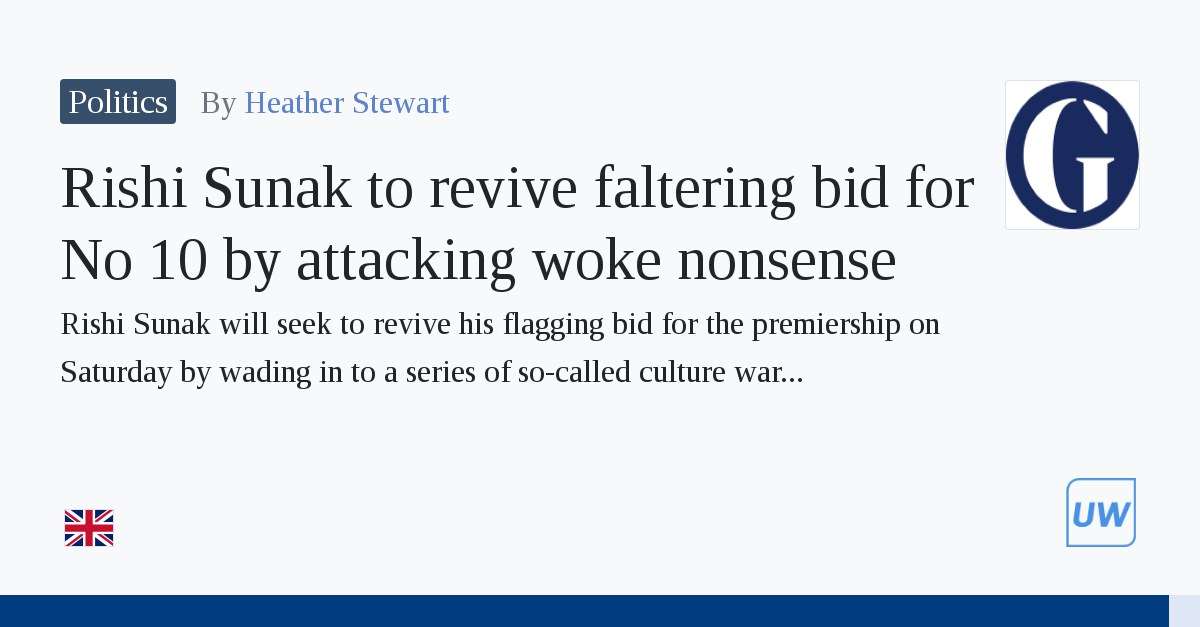 Rishi Sunak will seek to revive his flagging bid for the premiership on Saturday by wading in to a series of so-called culture war issues, vowing to stop “leftwing agitators” from “bulldozing” British values.

With Liz Truss the firm favourite ahead of a critical few days in the leadership contest, and ballot papers set to be received by Conservative party members from Monday, Sunak will give a speech attacking “woke nonsense”.

Tom Tugendhat backs Liz Truss in race for No 10

Turing – Tech’s Latest Unicorn – has been named among the top...