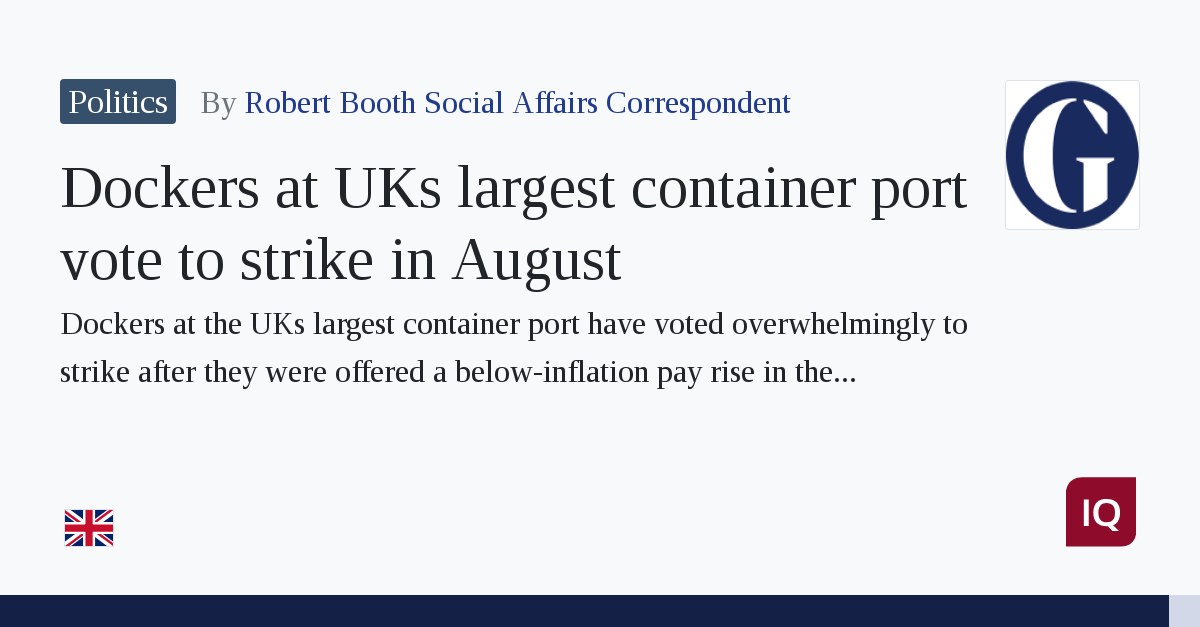 Dockers at the UK’s largest container port have voted overwhelmingly to strike after they were offered a below-inflation pay rise in the latest industrial dispute sparked by the cost of living crisis to bring national transport infrastructure to a halt.

Workers at the port of Felixstowe in Suffolk balloted 92% in favour of a strike next month, rejecting a 5% pay rise offer from the Felixstowe Dock and Railway Company which their union, Unite, said would be a real-terms pay cut with retail price inflation standing at 11.8%.

‘Data at the heart of farming’: livestock platform...