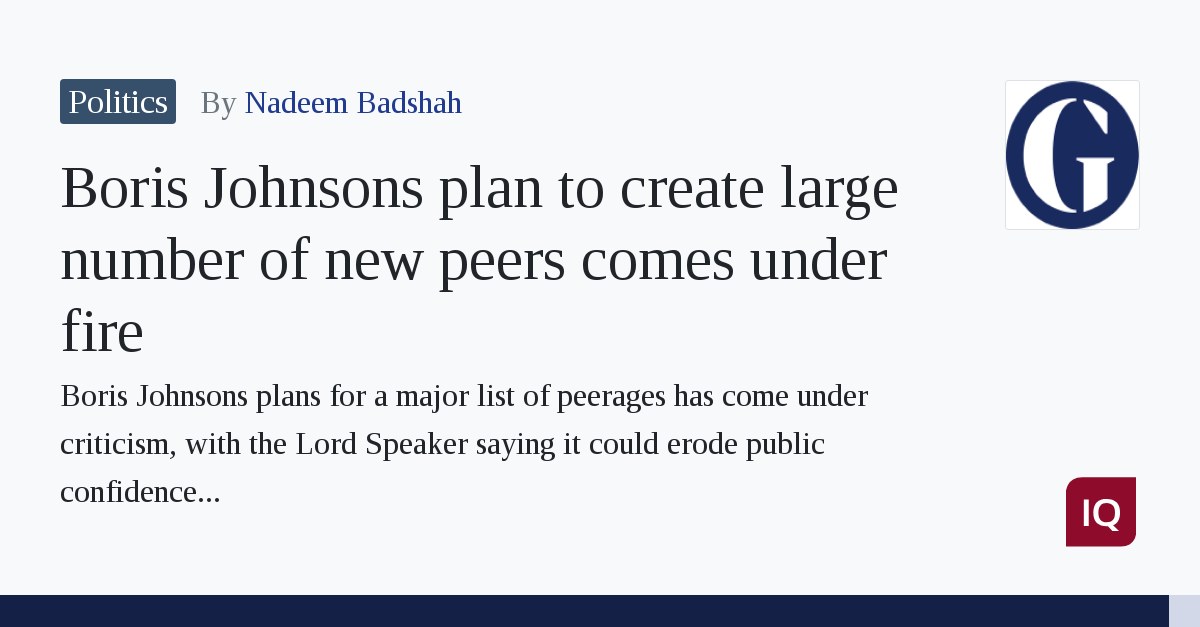 Boris Johnson’s plans for a major list of peerages has come under criticism, with the Lord Speaker saying it could erode “public confidence in our parliamentary system”.

The House of Lords Appointment Commission (Holac), the body responsible for vetting peerages, is holding up the outgoing prime minister’s plans, Whitehall sources told the Sunday Times, who also reported that such moves could be restricted in future.

Can AI ever match the power of the...

Hillsborough: last chance of justice slips away for...