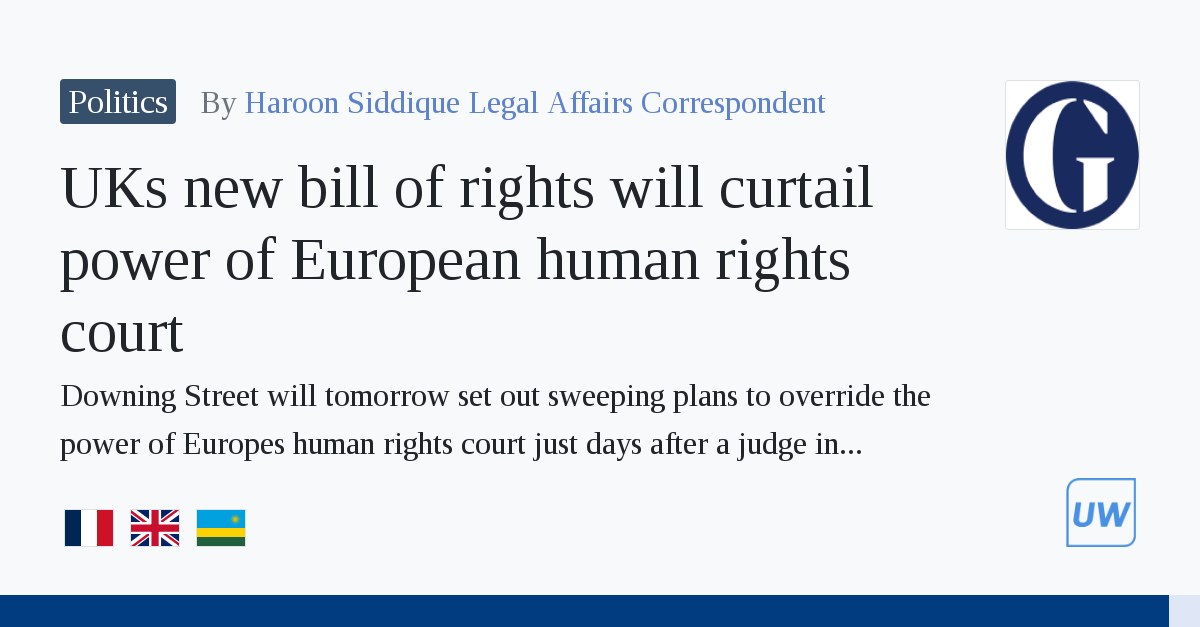 Downing Street will tomorrow set out sweeping plans to override the power of Europe’s human rights court just days after a judge in Strasbourg blocked the deportation of asylum seekers from Britain to Rwanda.

The abolition of the Human Rights Act (HRA), including reducing the influence of the European court of human rights (ECHR), will be introduced before parliament in what the government described as a restatement of Britain’s sovereignty.

‘Earn every vote’ to make history in Wakefield,...