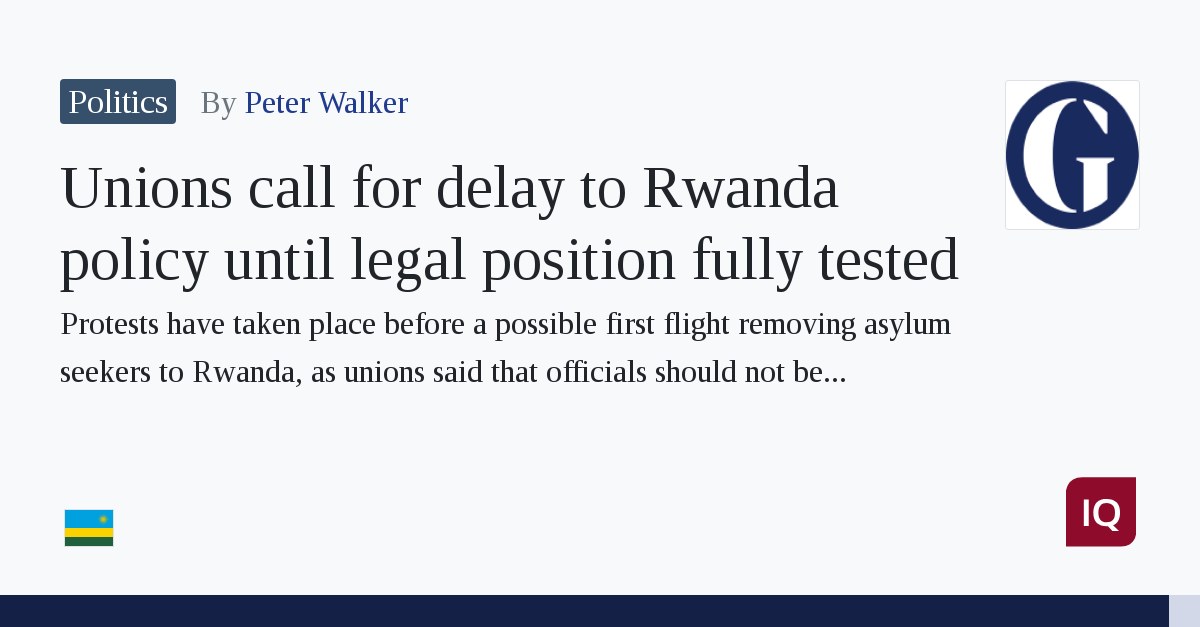 Protests have taken place before a possible first flight removing asylum seekers to Rwanda, as unions said that officials should not be asked to take part in a policy that may subsequently be declared illegal.

With the first flight in the deportation scheme scheduled to take place on Tuesday evening, activists also promised to target the Spanish charter airline understood to be providing the aircraft.

Man found guilty of rape and murder of...