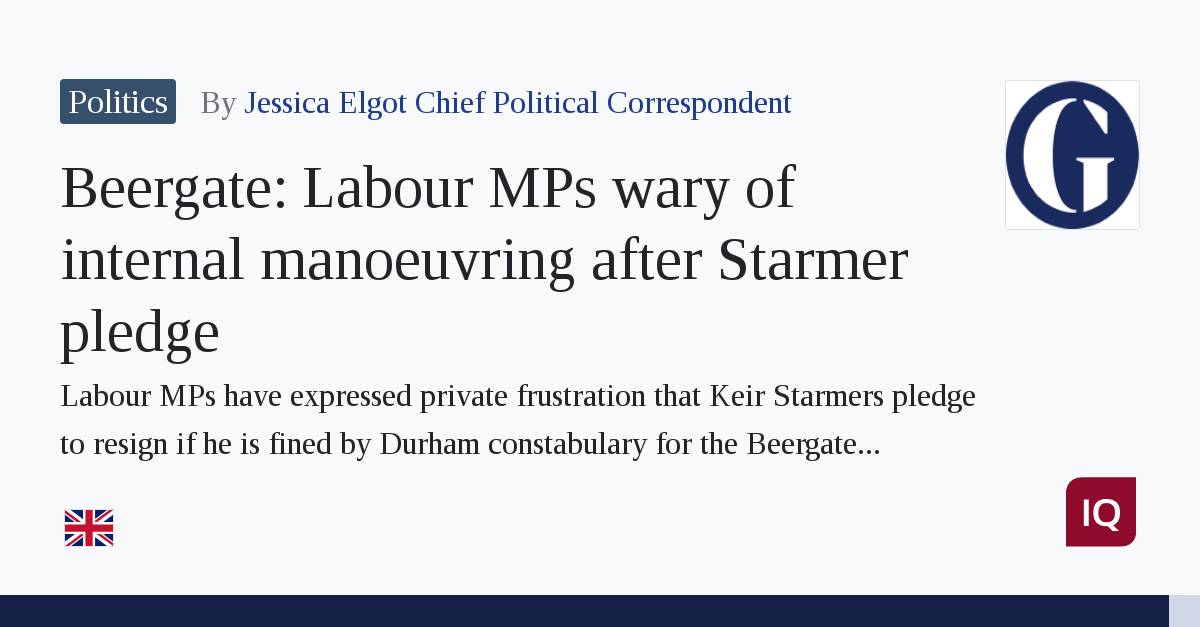 Labour MPs have expressed private frustration that Keir Starmer’s pledge to resign if he is fined by Durham constabulary for the Beergate investigation will lead to leadership jostling among ambitious shadow ministers.

Both Starmer and his deputy, Angela Rayner, were at the event at Durham Miners Hall where a takeaway curry for the MPs and their aides is now subject to an investigation into whether it was a social event banned under Covid-19 rules in place in April last year. Starmer has said no rules were broken and that staff ate while working on an election campaign.

The spies who hack you – the growing threat of spyware

Thousands donate to campaign to save Ukrainian media

Boris Johnson to speak to EC chief on...