Local elections 2022: Johnson under pressure after…

Russia-Ukraine war: US gives another $150m in… 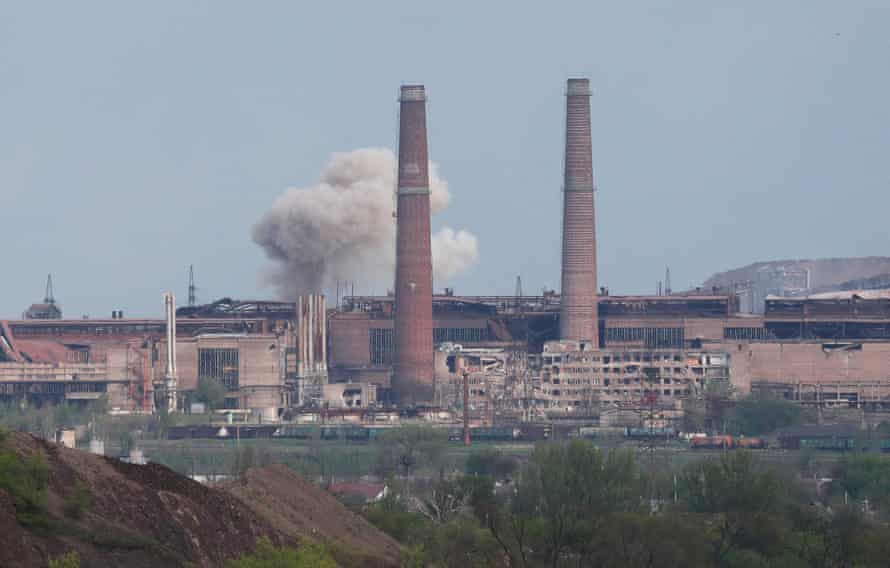 A third United Nations operation was under way on Friday morning to evacuate Ukrainian civilians from the Russian-besieged Azovstal steel plant in Mariupol, which the UN secretary general has described as a series of “hellscapes”.

An estimated 200 civilians, along with Ukrainian resistance fighters, remained trapped in underground refuges at the huge industrial complex. The UN humanitarian chief, Martin Griffiths, said a convoy was headed to Azovstal “to receive those civilians remaining in that bleak hell … and take them back to safety”.

Ukraine is “unlikely” to be able to launch a counter-offensive before mid-June, when it hopes to have received more weapons from its allies, an adviser to Zelenskiy has said. Oleksiy Arestovych added that he did not expect Russia’s offensive in Ukraine to produce any “significant results” by 9 May.

The US has said it it shared intelligence with Ukraine about the location of the Russian missile cruiser Moskva prior to the strike that sank the warship, but said the decision to attack was taken by the Ukrainians.

The US defence department also denied providing intelligence on the locations of Russian generals on the battlefield so that Ukrainian forces could kill them.

European Union countries are “almost there” in agreeing the bloc’s proposed new package of sanctions against Russia, including an oil embargo, the bloc’s foreign policy chief Josep Borrell said on Thursday.

UN secretary-general António Guterres urged the world to unite and end the war in Ukraine, calling it senseless, ruthless and “limitless in its potential for global harm”. The top UN human rights official said even a one-day cease-fire would prevent dozens of civilian deaths.

IT infrastructure used to launch DDoS attack on Russian targets

Amber Gibson’s brother charged with her murder and sexual assault

Blinken due to meet Zelenskiy in first wartime visit by top US...

‘People are just desperate’: how London turned on...