Pollution responsible for one in six deaths… 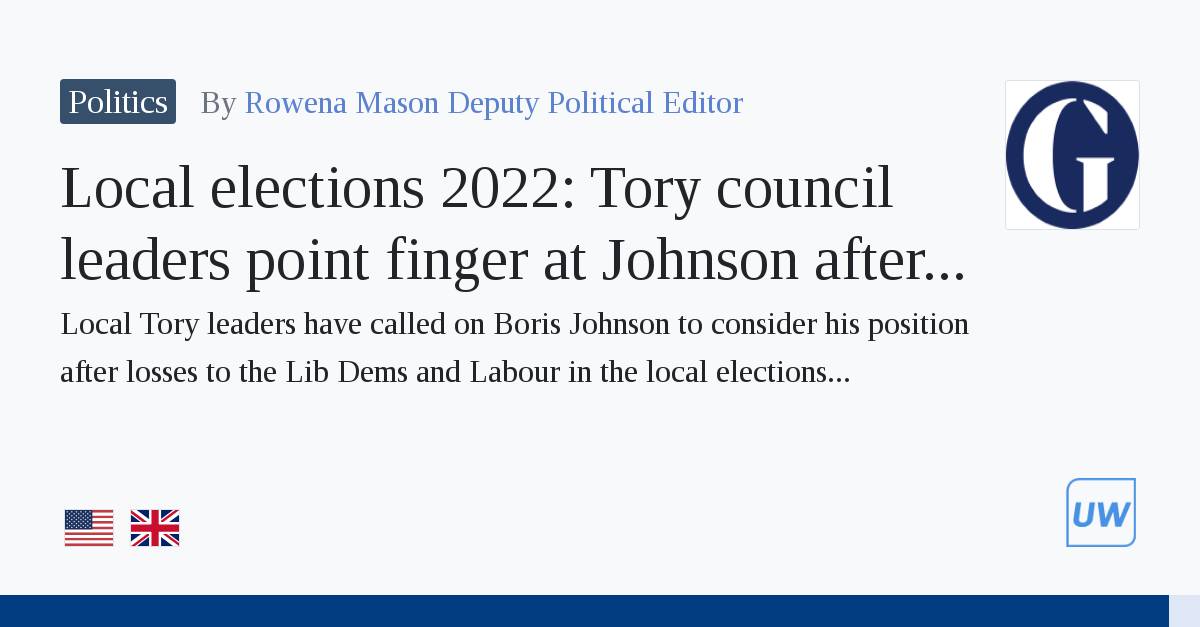 Local Tory leaders have called on Boris Johnson to consider his position after losses to the Lib Dems and Labour in the local elections which several blamed on Partygate and the cost of living crisis.

The Conservatives suffered a near wipeout to Labour in Cumberland, where there are three Tory MPs, as well as losing control of West Oxfordshire and Portsmouth, with the Liberal Democrats becoming the largest party.

The future of marketing is influence; the future...

Finland looks to democratise the ‘wild west’ of...

Drawing monsters in the basement: last child in...

Pollution responsible for one in six deaths across...