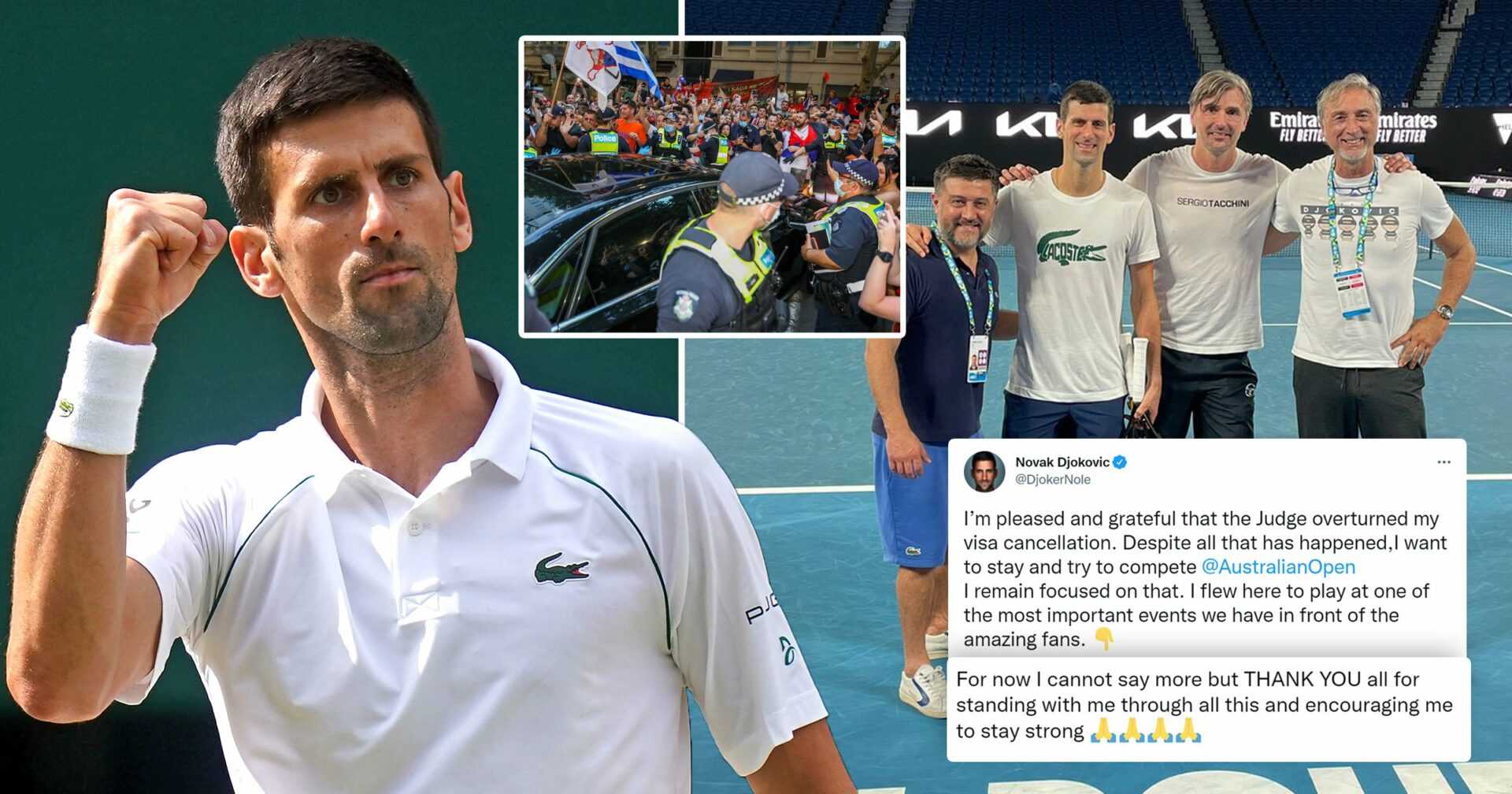 ‘Grateful’: Novak Djokovic thanks judge and takes to tennis court after release

Novak Djokovic has ended an extraordinary day in Melbourne back on a tennis court and with his sights set on next week’s Australian Open after winning an appeal against his visa cancellation.

The world No1 tennis player had spent four days in an immigration detention centre after being refused permission to enter Australia due to being unvaccinated. However on a day of high drama, that decision was overturned following a seven hour hearing, leaving a jubilant Djokovic free – for now – to focus on winning a record 21st grand slam title.

200,000 UK children could be made homeless this winter, warns Shelter