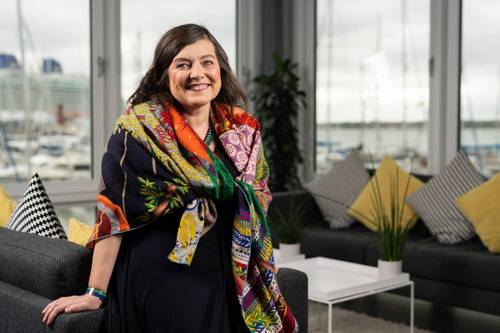 British challenger bank Starling has stopped all paid advertising on Facebook and Instagram because it says people are losing money to fraudsters posting scam ads on the platforms.

“We want to protect our customers and our brand integrity,” said Starling Bank CEO and founder Anne Boden. “And we can no longer pay to advertise on a platform alongside scammers who are going after the savings of our customers and those of other banks.”

In December, Facebook and Instagram parent company Meta said it would follow Google in only accepting financial services ads if the advertiser has been authorised by the UK’s Financial Conduct Authority (FCA), or if certain exemptions apply.

“This is good news,” said Boden, adding that until something similar takes effect “we’ve stopped all paid advertising on Facebook and Instagram”.

Writing in an annual letter published Thursday, Boden added that she hopes Facebook’s focus on the metaverse “doesn’t become a distraction from doing what is right today, here and now in the UK of 2022”.

Founded in 2014, Starling is a digital bank that provides personal and business accounts, along with B2B banking and payment services.

More than 2.7 million accounts have been opened with the London-headquartered company. Of those, 475,000 are for small and medium-sized enterprises.

Boden confirmed that this year it plans to launch its software as a service (SaaS) offering in which Starling licences out its digital bank technology stack.

Last year Starling raised a total of £322m, with £272m of that coming in a Series D funding round in March. That investment gave the bank unicorn status – privately held companies valued at $1bn or more.

While Starling had a fruitful year of fundraising, Boden highlighted the overall decline in funding raised by women founders.

“Why are we going backwards, when all the evidence points to the enormous benefits of diverse teams?” Boden said. “Could it be that in so-called normal times, when there are fewer uncertainties, investors seem willing to ‘take a chance’ on funding women?

“They do what is right because they know that people are watching. I suspect that changes during a crisis, in this case the pandemic.”

Boden added that in 2022 Starling will be engaging in a “targeted M&A strategy focusing on selected lending originators”.

Trump tests positive for Covid: what we know...