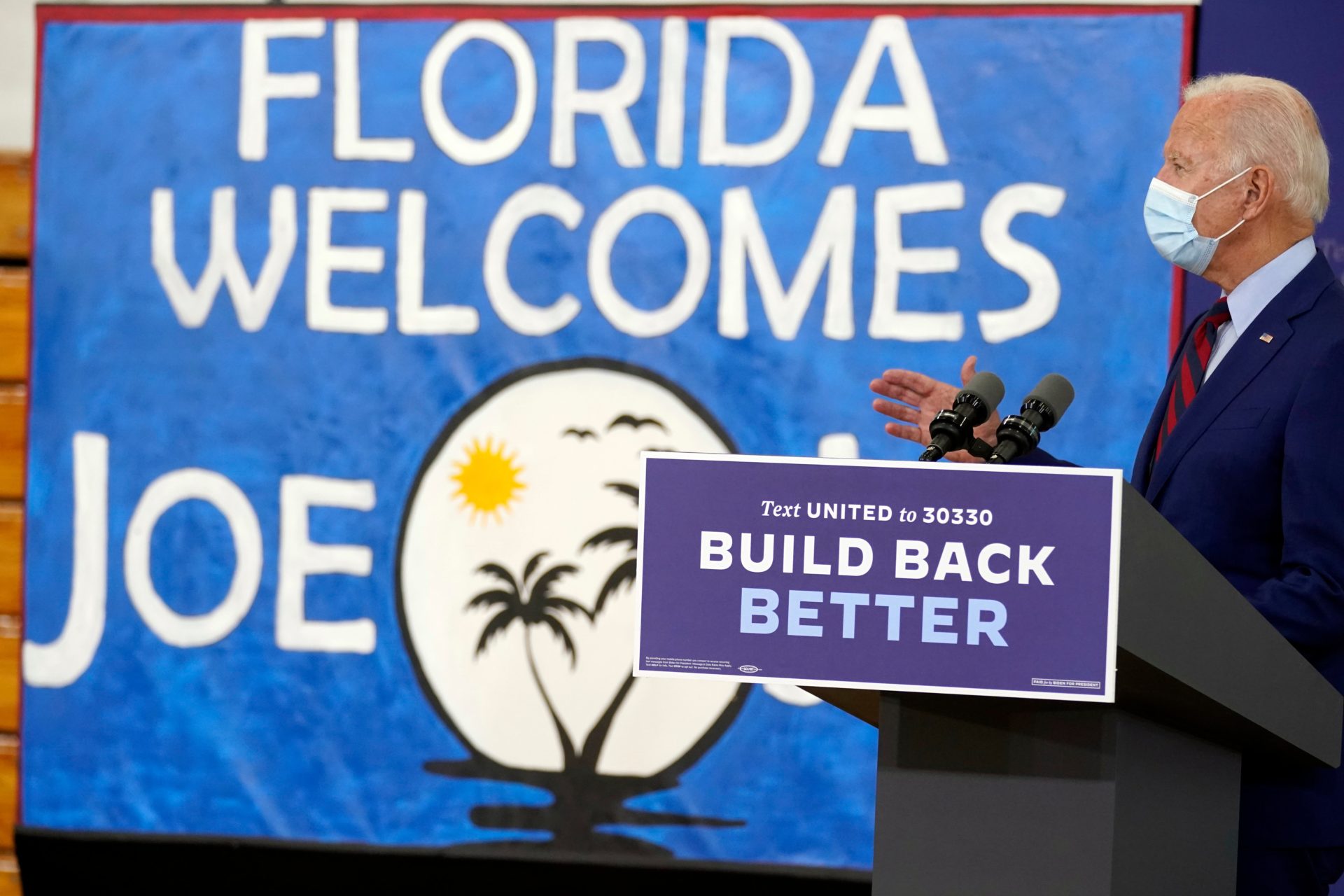 Joe Biden’s campaign went on a fresh offense against the Trump administration on Monday, campaigning in a red state and accusing Republicans of hypocrisy as they sought to portray Democrats as anti-religious during the supreme court hearings for the nomination of Amy Coney Barrett.

Biden campaigned in Ohio, attempting to expand the battleground map and keep Trump on the defensive in a state thought to be out of reach for Democrats after Trump’s wide margin of victory there four years ago.