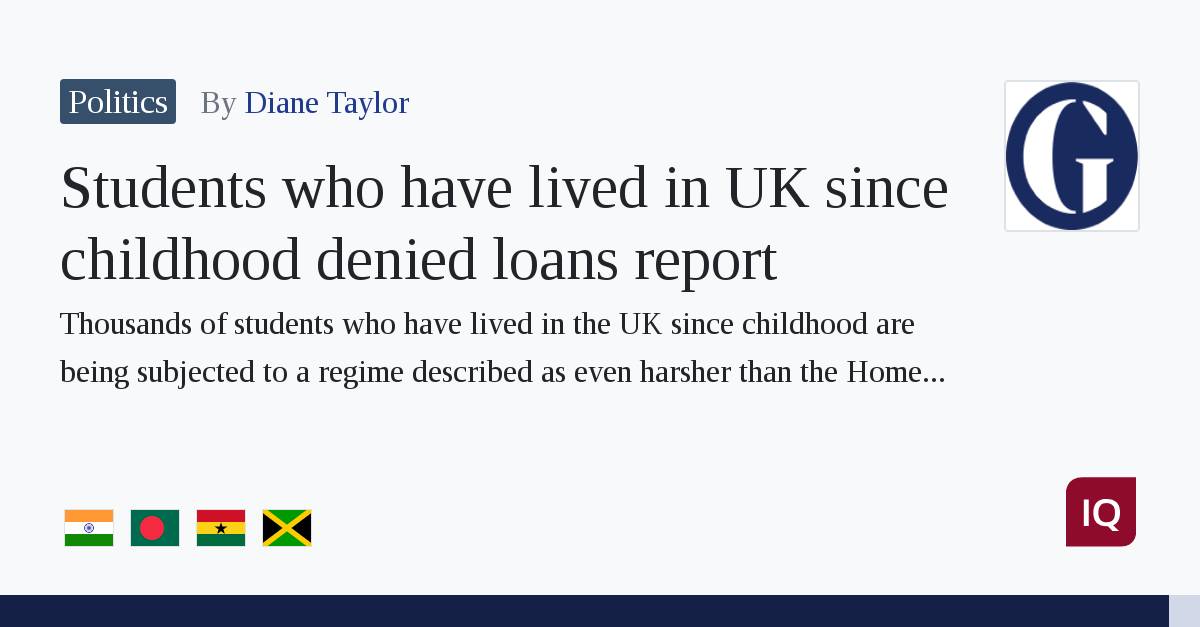 Students who have lived in UK since childhood denied loans – report

Thousands of students who have lived in the UK since childhood are being subjected to a regime described as even harsher than the Home Office’s “hostile environment” tactics when they apply for study loans, according to a report.

About 8,000 students a year with an immigration status known as limited leave to remain (LLR) apply to Student Finance England (SFE) for funds to enable them to take up university places.

A young woman who had to submit 200 pages of evidence of how long she had lived in the UK before a loan was finally granted six months after she had started her studies.

A 17-year-old whose loan application was rejected due to a 17-day break between his first and second periods of LLR due to a mistake made by his lawyer. The Home Office accepted it was not his fault and granted a renewal of his immigration status on a “continuous basis”, but SFE said it was “an unlawful” break so he did not qualify for a loan.

A 21-year-old Jamaican man who came to the UK aged three and had his loan applications repeatedly and wrongly rejected by SFE. He was threatened with eviction from his student accommodation and blocked from attending lectures. The error was corrected after five months after intervention from a lawyer and a We Belong caseworker.

NHSX and NHS Digital to merge with NHS England

Boris Johnson to publish Covid blueprint for a ‘difficult’ winter

Court rules against woman who became face of...

With £3.5M funding this London healthtech wants to...