Women more likely to have retrained for… 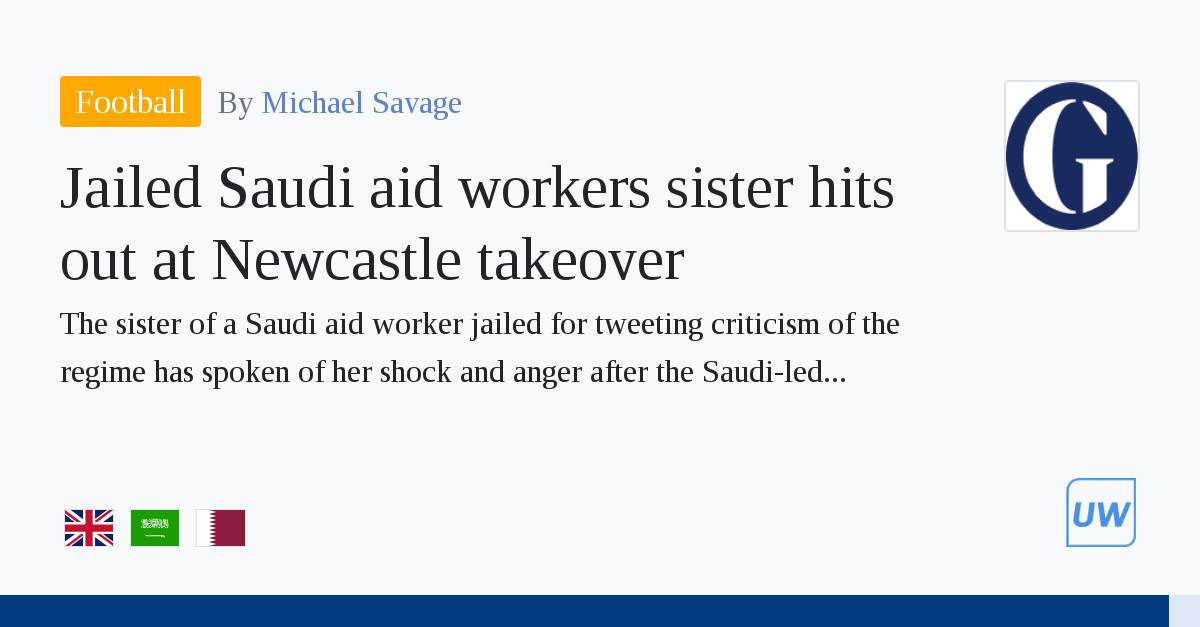 The sister of a Saudi aid worker jailed for tweeting criticism of the regime has spoken of her shock and anger after the Saudi-led takeover of Newcastle United was approved just 24 hours after the state upheld her brother’s 20-year sentence.

Areej al-Sadhan said she had not spoken to her brother, Abdulrahman, for years and warned Newcastle fans that the club’s reputation was now firmly tied to the actions of the Saudi regime and its de facto ruler Mohammed bin Salman. She claimed her brother had been repeatedly abused in custody and called on the UK government to properly investigate who controls the Saudi Public Investment Fund (PIF) that now owns 80% of Newcastle. She said the club would now be “complicit in partnering with a savage person who murders people and tortures them”.

Human rights in the time of Covid: ‘a pandemic of abuses’, says UN head

Keir Starmer to promise wave of devolution under Labour government

Too many children are being tested for Covid, says leading expert

UK government’s claim it is too busy for...

London-based Flexciton picks up £15M funding in the...