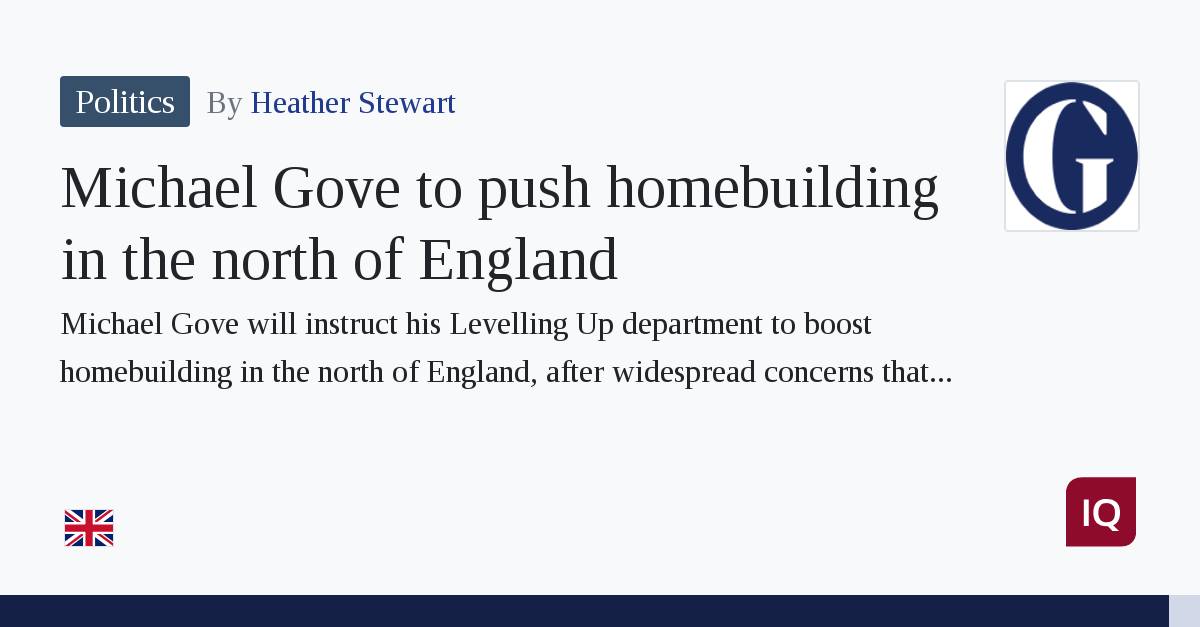 Michael Gove to push homebuilding in the north of England

Michael Gove will instruct his Levelling Up department to boost homebuilding in the north of England, after widespread concerns that previous proposals could see development targeted overwhelmingly in the south.

Gove, the new levelling up secretary, has been given the task of overhauling controversial plans set out in a white paper last year, which have widely been seen as tipping the balance of power in favour of developers and away from local objectors.

UK economy to recover to pre-Covid level by...