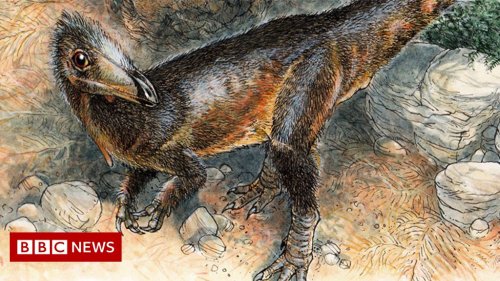 Scientists discover Welsh ‘dragon’ dinosaur – the size of a chicken

Pendraig milnerae was related to T rex and likely to have been apex predator despite its size, say experts

A dinosaur distantly related to Tyrannosaurus rex – but with a body the size of a chicken – that would probably have ruled the roost about 200m years ago has been discovered.

The diminutive but fearsome creature, whose fossilised remains were found in a quarry in south Wales, is the oldest theropod – a group that includes T rex and modern birds – found in the UK.

Man dies after series of stabbings in Gloucestershire

What UK employees expect from organisations in 2021