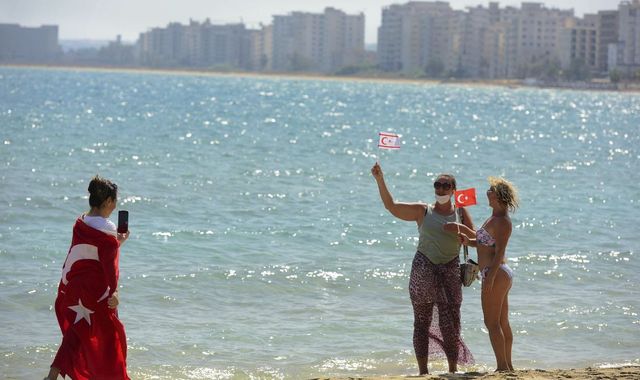 For the first time in 46 years the public have been permitted to access the beach of Varosha in the breakaway Turkish Cypriot north of Cyprus, in a contentious move unveiled by its internationally unrecognised premier who is running in an election on Sunday.

Hundreds filed through a gate manned by Turkish Cypriot police on Thursday to walk on a freshly paved asphalt road leading to the beach that was the jewel of what was once a premier tourist resort. The road was flanked by police tape to keep pedestrians out of windowless homes and rusting business, some swallowed up by decades-old undergrowth.