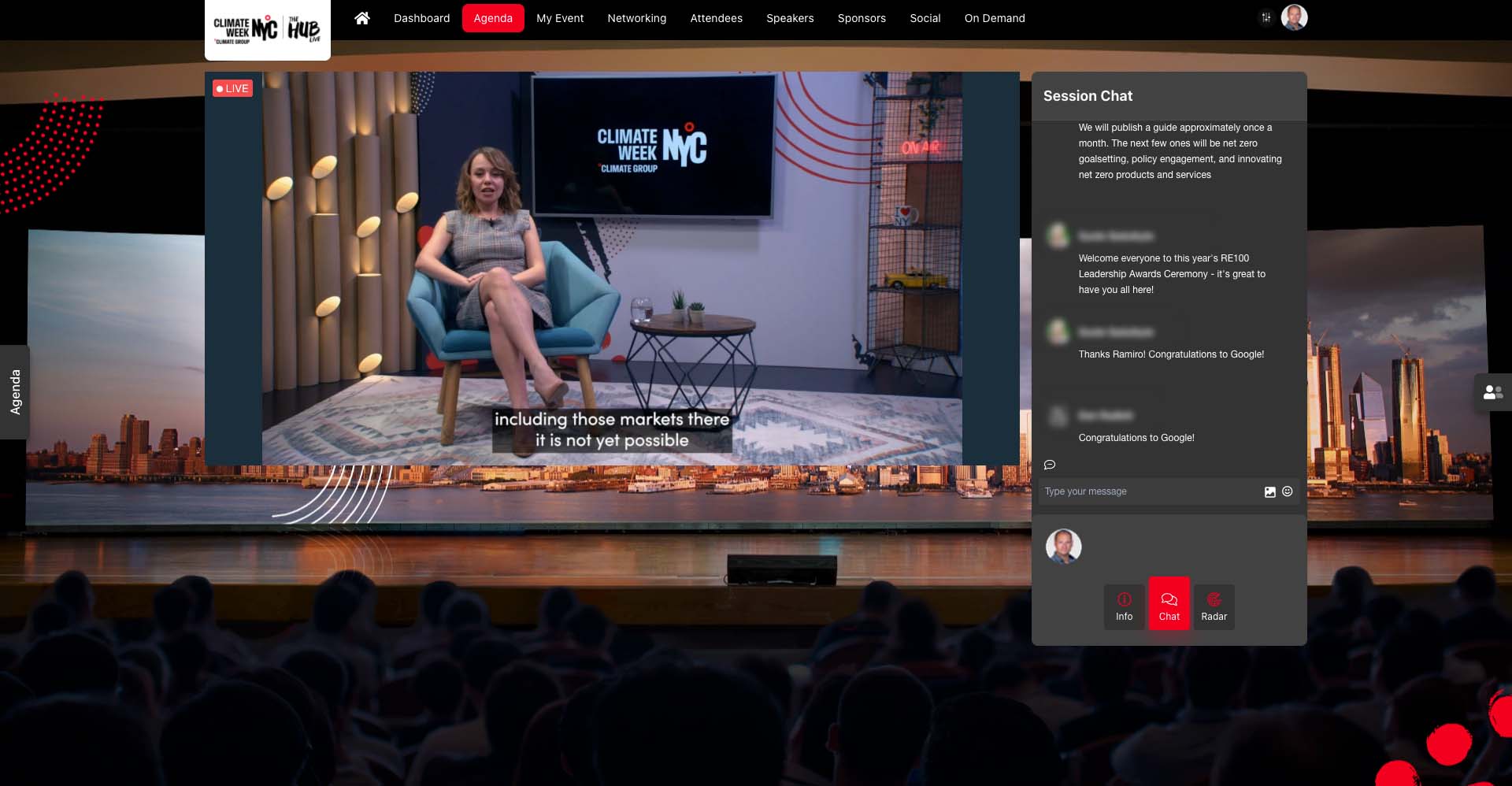 Totem, a London-based technology company, is honoured to have provided the virtual and hybrid events platform used to bring Climate Week NYC (20 to 26 September) to a global stage.

Totem helped Climate Week NYC bring speakers including the Governor of New York, Kathy Hochul, Al Gore and Bill Gates to a global audience with minimal impact on the environment, by allowing attendees to log in using its virtual events platform.

Following the launch of the IPCC report on climate change in August, this year’s event was a huge focus for the global sustainability movement ahead of COP26 in November, with over 3,000 registrations from senior business and government leaders taking part across the world.

Totem was used over four days of the event and featured 21 sessions including keynotes, roundtables, workshops and a live Q&A on the platform. The event hosted 53 sponsors and partners.

It also enabled people to attend The Hub Live, a series of virtual forums, discussions, and workshops that brought together the expertise and influence of public and private sectors. It focused on five key themes including Energy & Transport, Finance, Built Environment & Industry, Emerging Trends and Food & Health, with speakers including Kristina Kloberdanz, SVP, CSO, Mastercard and Edward Palmieri, Director, Global Sustainability, Facebook.

“It was an incredible privilege to provide the technology and platform that enabled Climate Week NYC to be a hybrid event. Hybrid technology represents the sustainable future of events, in which people from across the world can attend from anywhere and vastly reduce the carbon footprint of the event in doing so.”

Mandy Simmons, Head of Events, Climate Group, said: “When we were working towards the launch of this world-leading event focused on climate action, we knew it was essential to give our global attendees the same opportunity to take part, to hear the speakers and to have their own voices heard. That’s why we chose to work with Totem, which enabled Climate Week NYC to deliver a truly seamless hybrid experience.”

Totem helps event organisers to engage their audiences while minimising carbon footprint. It blends in-person and virtual event experiences and launched in 2020 with the aim of reimagining the hybrid events landscape in the wake of COVID-19. Totem allows organisations to create their own unique and customisable events, event apps, features and functionality.

Hosted annually by international non-profit the Climate Group in conjunction with the United Nations, and in partnership with the COP26 and the City of New York, Climate Week NYC represented a global opportunity to come together to accelerate climate action and assess progress ahead of COP26.

BluJay Solutions Appoints Rick Medlock as Chairman of the Board