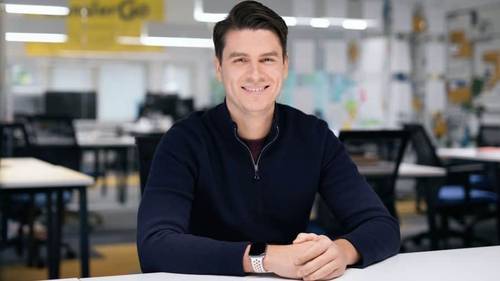 Focusing on improving international money transfers,  TransferGo, has announced that it has secured $50 million in a Series C funding round. This latest fundraise, led by Elbrus Capital Fund III and Black River Ventures, follows consistent 80% year-on-year growth for the fintech company since its launch, and brings the total raised to-date for TransferGo to $77 million.

The round also includes funding from new investor Unlimint, and continued backing from existing investors that includes Hard Yaka, VEF, SmartHub and Milano Investments. Royal Park Partners acted as the exclusive financial and strategic advisor to TransferGo and its shareholders throughout the transaction.

The London-based money transfer fintech connects 3.5 million customers across 160 markets. Founded in 2012, its customer base is predominantly made up of migrants who send money home to their families as it positions itself as offering one of the fastest international money transfer services on the market.

The fintech has processed a massive 13.5 million international and local transactions, amounting to over $6 billion in money flow. The current funding will be used to help expand the startup’s customer base, helping more migrants send and receive money across Europe, and develop its product offering in support of its ambitious goal to grow 5x in the next three-four years.

Sustained growth during the pandemic

Most recently, the fintech firm bucked remittance predictions by the World Bank to hit all-time highs during the pandemic, demonstrating the value of convenient, cost-effective and fast money transfers.

Commenting on the funding raise, Daumantas Dvilinskas, founder and CEO of TransferGo said: “At TransferGo, we believe that everyone has the right to move money quickly, securely and cheaply. Despite a challenging economic environment for migrant workers, we have seen prolific, sustained growth during the pandemic. Since its launch in 2012, we’ve grown the company from an acorn of an idea to a workforce of over 200 people based all around the world. With the additional funding, our next chapter of growth will see us in an even stronger position to keep innovating and developing our product offering, for hardworking migrants all across Europe.”

Alexander Savin, Senior Partner of Elbrus Capital Funds commented: “TransferGo’s growth over the past few years is testament to its focus of putting its customers first. When money transfer stores on the high street were closed due to lockdown, TransferGo’s technology proved vital – helping migrants across the world continue to send money. The demand for online money transfers remains high and we’re delighted to be part of TransferGo’s journey to supporting its customers.”

‘Unforgivable’ if Covid rules not toughened in north,...

Covid rules relaxed but Christmas should be small...

What UK employees expect from organisations in 2021

Digital threats may be closer than you realise