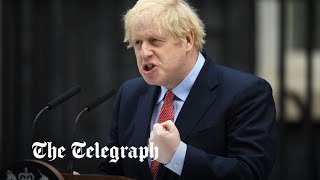 Boris Johnson has laid the groundwork for the next general election with a ruthless cabinet reshuffle, designed to clear out failing ministers and hand Michael Gove the key job of making “levelling up” a reality for sceptical voters.

On a day of dramatic developments in Westminster, Johnson sacked three cabinet ministers including the gaffe-prone education secretary Gavin Williamson, and shifted Dominic Raab from the Foreign Office to the Ministry of Justice. Liz Truss, the media-savvy darling of Conservative grassroots members and champion of free markets, will replace Raab as foreign secretary.

Managing your next digital transformation

Trident submariner who died at base named as Stephen Cashman

Contraceptive ‘mini pills’ to be offered over the counter in UK