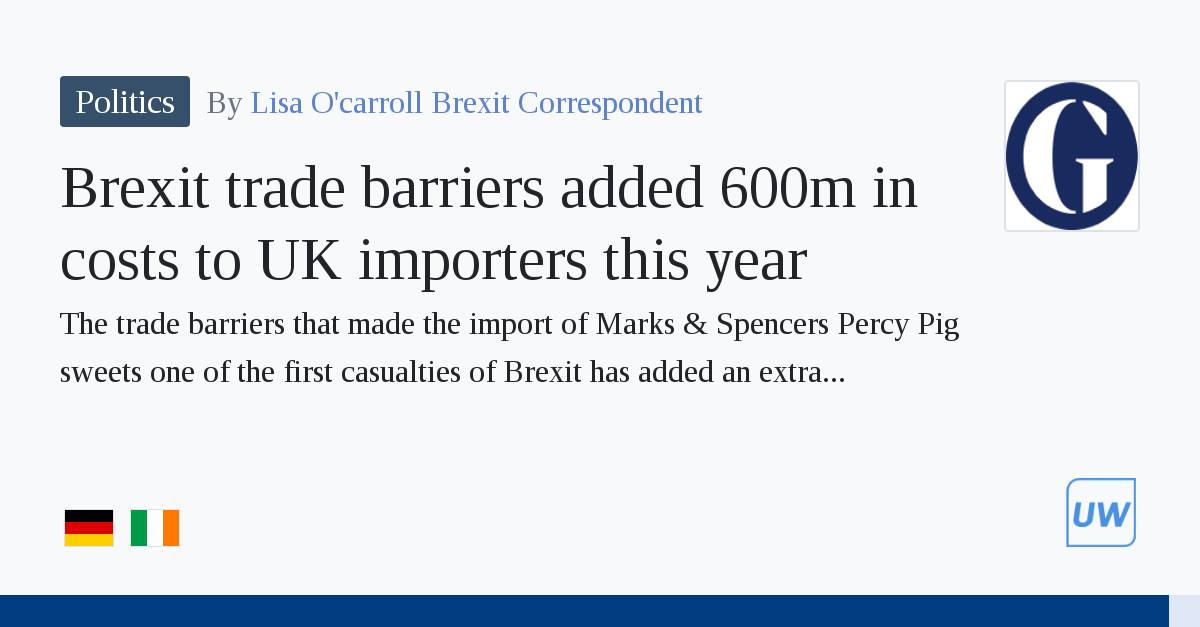 The trade barriers that made the import of Marks & Spencer’s Percy Pig sweets one of the first casualties of Brexit has added an extra £600m in costs to British importers since January, it has emerged.

Customs duties paid by UK businesses shot up from £1.6bn in the first half last year to a record £2.2bn in the same period this year, according to an analysis of HMRC data.

What does the Taliban’s return mean for al-Qaida in Afghanistan?

Low-paid shun Covid tests because the cost of...