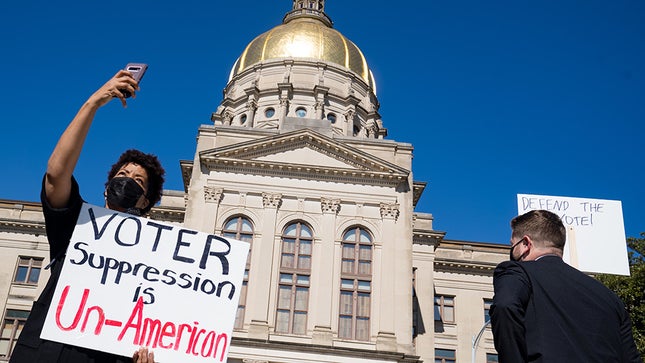 Charities and unions slam move as an attack on fundamental rights

Boris Johnson’s government is today accused of trying to rig future elections by stifling opposition and deterring participation, as a storm of protest erupts over its controversial elections bill, which is to be debated in parliament this week.

In an open letter, charities including Save the Children, independent campaign groups such as Greenpeace, and the trades union movement, condemn the legislation as “an attack on the UK’s proud democratic tradition and some of our most fundamental rights”.

Rishi Sunak: UK will not hesitate to add nations to quarantine list

When did the UK's coronavirus recession begin and what will the likely...