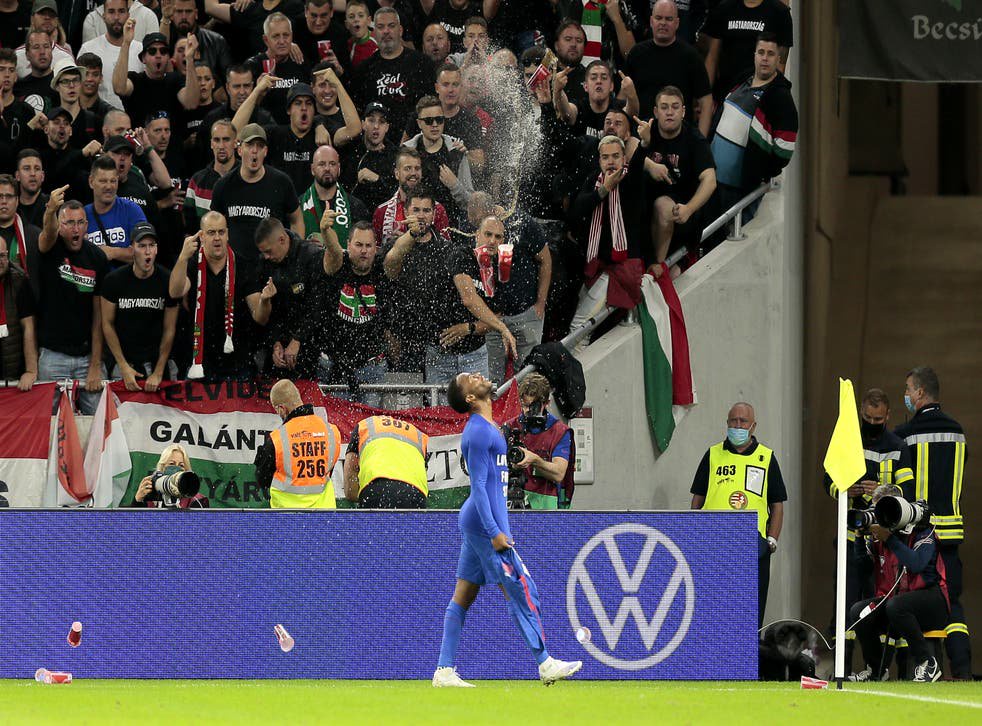 England’s 4-0 victory over Hungary in Budapest was marred by missiles being thrown at Raheem Sterling by home supporters and reports of monkey-chants during the World Cup qualifier.

Sterling opened the scoring in the 55th minute at the Ferenc Puskas Arena and celebrated by revealing a T-shirt with the message “Love you forever Steffie Greg” in tribute to his friend who died of Covid-19 earlier this week. But the Manchester City forward was then pelted with plastic drinks thrown by a section of the crowd, with UK broadcasters ITV reporting that Sterling and Borussia Dortmund’s Jude Bellingham had also been subjected to monkey chants during the second half.

Rise in national insurance could fund post-Covid boost for NHS