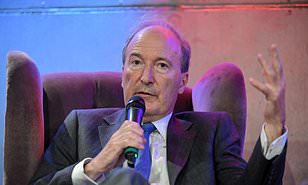 Charles Moore rules himself out of running for BBC chairman role

The former Daily Telegraph editor Charles Moore has ruled himself out of contention for the role of BBC chairman.

Moore, whose writings on race and Islam have come under renewed scrutiny since he was publicly associated with the role, is understood to have backed away amid family health problems despite claims he was Downing Street’s top choice for the position.

Overstretched health visitors caring for up to 2,400 families each