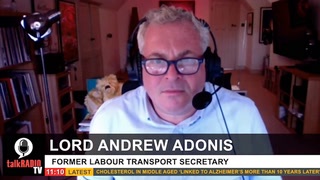 Vital UN climate talks are at risk of failure because Boris Johnson is “missing in action” while his climate spokesperson talks about freezing bread, Keir Starmer has warned.

The Labour leader said there is already “dystopia” all around caused by climate breakdown, but Johnson’s ambition to tackle the scale of the crisis is irresponsibly small.

PepsiCo to sell Tropicana, other juice brands for $3.3 billion

Fear, mistrust – and hope: Britain’s long walk away from the EU

‘We are still fighting for our survival’, British...

As banks’ profits surge, it’s time for them...