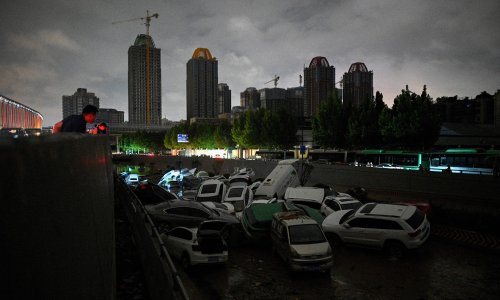 Operation to avoid even worse flooding comes as residents in the city of Zhengzhou are trapped in homes, offices, schools and metro

China’s military has blasted a dam to release water threatening one of its most heavily populated provinces, as the death toll in widespread flooding rose to at least 25 and was expected to climb further.

The dam operation was carried out late on Tuesday night near the city of Luoyang, just as severe flooding overwhelmed Zhengzhou, capital of Henan province, trapping residents in the subway system and stranding them at schools, apartments and offices.