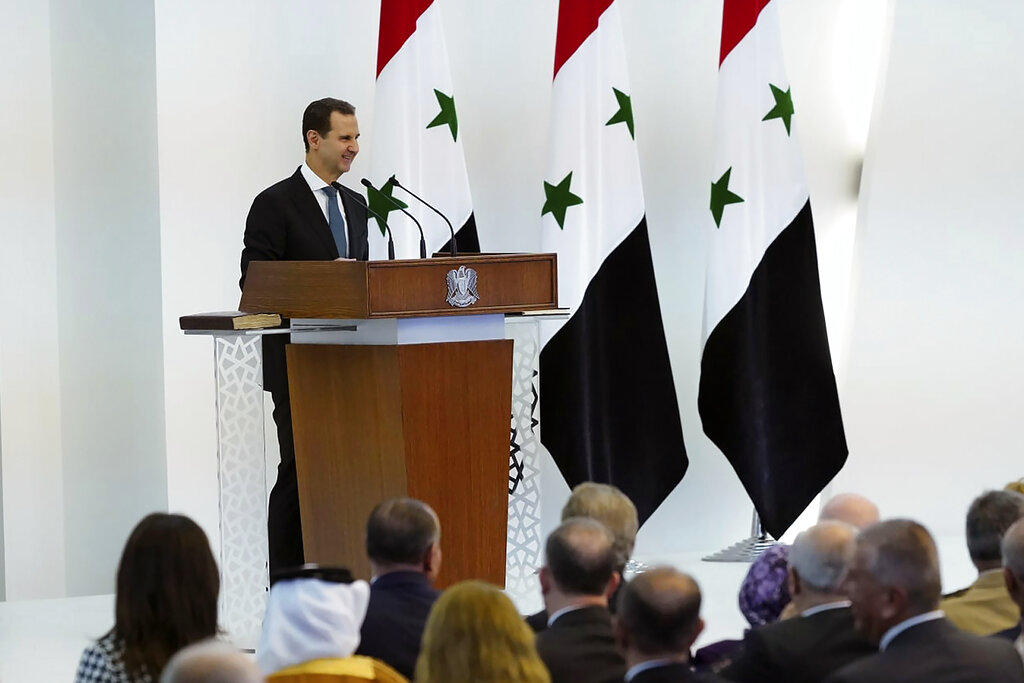 Inauguration follows election dismissed by US, UK and other countries as ‘neither free nor fair’

President Bashar al-Assad took the oath of office for a fourth term in war-ravaged Syria on Saturday, after officially winning 95% of the vote in an election dismissed abroad.

It was the second presidential poll since the start of a decade-long civil war that has killed almost half a million people and battered the country’s infrastructure.

Thousands of UK train services to be restored...

British ex-soldier and 12 others on trial over...