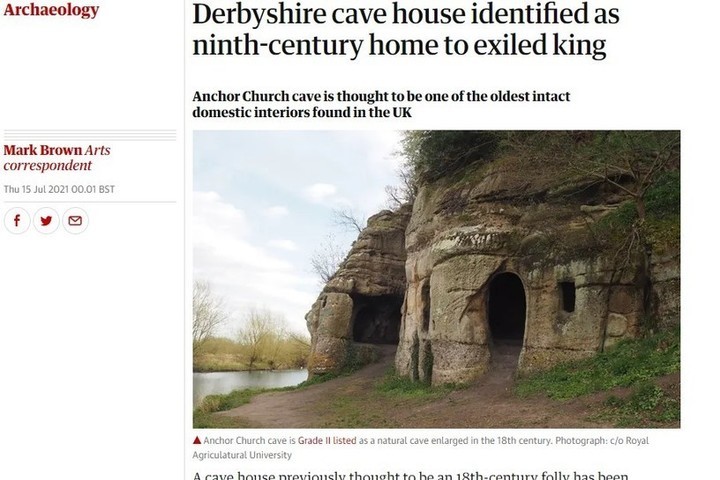 A cave house previously thought to be an 18th-century folly has been identified as one of the oldest intact domestic interiors ever found in the UK and was once, archaeologists tantalisingly believe, the home of an exiled Anglo-Saxon king.

In the 18th century, Anchor Church cave in south Derbyshire was used by local gentry as a place for parties, and until now it was officially understood that that was as far back as its history went.

Act now or NHS could be overwhelmed this winter, report warns

Johnson does not rule out letting double-jabbed tourists skip quarantine

Pelosi says House will proceed with efforts to...