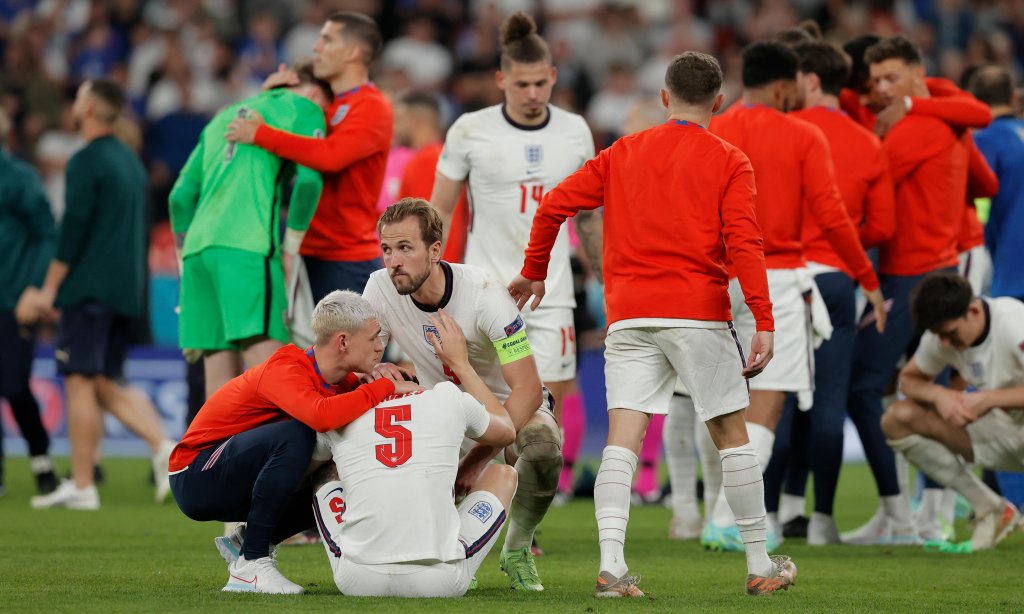 ‘Pablo’, 24, estimates at least 5,000 ticketless fans got into Wembley on Sunday and explains how they did it

One of the organisers of the storming of Wembley by thousands of ticketless fans has defended the widely criticised breach, as more details emerged about the scale of the security lapse.

Pablo (not his real name), 24, from the Midlands, was one of the administrators of a Telegram chat group of hundreds of ticketless fans who shared tips about getting into Sunday’s final. Hours before the kick-off those who succeeded advised those still outside on where breaches had been made, he said.

Could a climate pledge accreditation help stamp out greenwashing?

Covid vaccines for England’s under-50s delayed due to...

Everything’s changed. What should I sell?