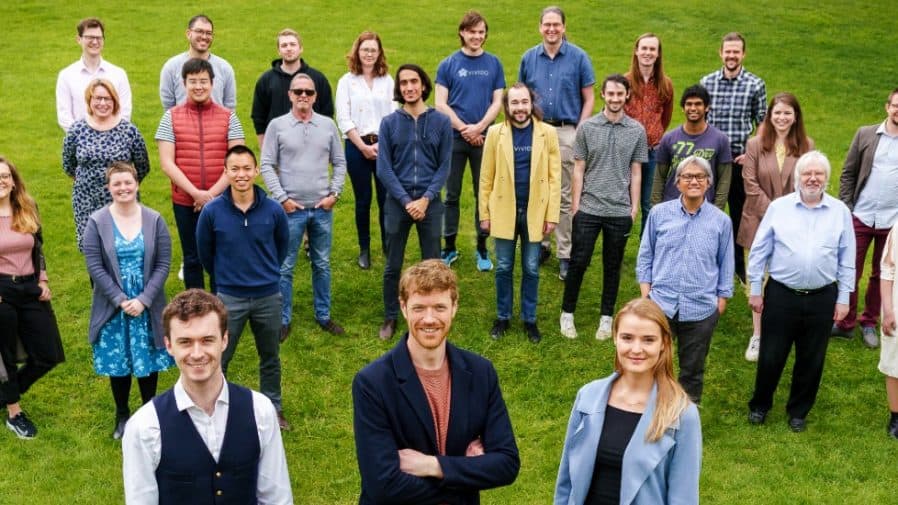 It’s no surprise that technology is progressing and evolving at breakneck speeds. And Cambridge-based software and holography developer startup VividQ is trying to establish itself in this fast paced segment. The company has raised £11 million funding and has announced the development of HoloLCD, it’s new technology that is touted to turn consumer grade displays into full-fledged holographic displays.

With the latest raise, VividQ’s total funding stands at just over £17 million. The latest investment round for the startup was led by UTokyo IPC, the venture investment arm for the University of Tokyo. Additionally, Foresight Williams Technology, Japanese Miyako Capital, Austrian APEX Ventures, and Silicon Valley’s R42 Group also took part in the funding round. Previous investors, University of Tokyo Edge Capital, Sure Valley Ventures, and Essex Innovation, participated as well.

The fresh funds will be used by VividQ for team expansion and to ramp up its operations in the APAC region. It will also help accelerate the adoption of its solutions for Computer-Generated Holography across three applications; automotive head-up displays, augmented reality wearables, and holographic LCD screens.

VividQ is currently a team of 36 employees that are based across Cambridge and London. The startup intends to grow to a team of 70 by 2023, hiring across engineering, product and customer support teams.

VividQ offers both software and hardware based solutions, and has IP around holographic displays. What’s more, the company claims that its tech is comparable to something straight out of a sci-fi movie. “When we say holography, we mean exactly what you imagine from Science Fiction – the projection of full three-dimensional images into the world around you such that you can walk around and interact with the holographic images as though they were really there,” the company’s Co-Founder and CEO Darran Milne tells UKTN.

As mentioned earlier, the company is working on integrating its holographic technology in a myriad of products such as augmented reality wearables, automotive head-up displays and consumer electronics. As for how it works, Milne explains, “VividQ’s software computes complex patterns that engineer light, creating three-dimensional holographic projections. We generate a set of instructions telling the light how to behave, so that our three-dimensional projections possess the same visual qualities and depth cues as real objects, allowing them to integrate seamlessly into the real world.”

There are already companies producing holographic displays. So, how doesVividQ set itself apart? As per Milne, the currently used tech for holographic displays either require glasses, produces low-resolution images or requires high computational power. Meanwhile, the startups’ tech is touted to create “true three dimensional images in high quality,” which could be built using off the shelf hardware components.

The company’s software is claimed to be the ‘true hero’ since the hardware required to build holographic displays is readily available. The software is touted to use a brand new approach that could enable real-time hologram generation on even a smartphone.

Finally, what’s in stock for the future of holographic displays? Milne notes that we may most likely see them initially being utilised in automotive Head-Up Displays to deliver navigation and safety information overlaid on the road in the driver’s view.

“This will quickly be followed by AR headsets, particularly in high-end graphics applications like gaming and industrial design,” He concludes. VividQ is also working on larger scale holographic displays, taking the concepts and applying them to tablets, laptops and television.

Gap to close all 81 stores in UK and Ireland

UK has record year for tech IPOs in 2021

UK government accused of ‘lockdowns by stealth’ in...