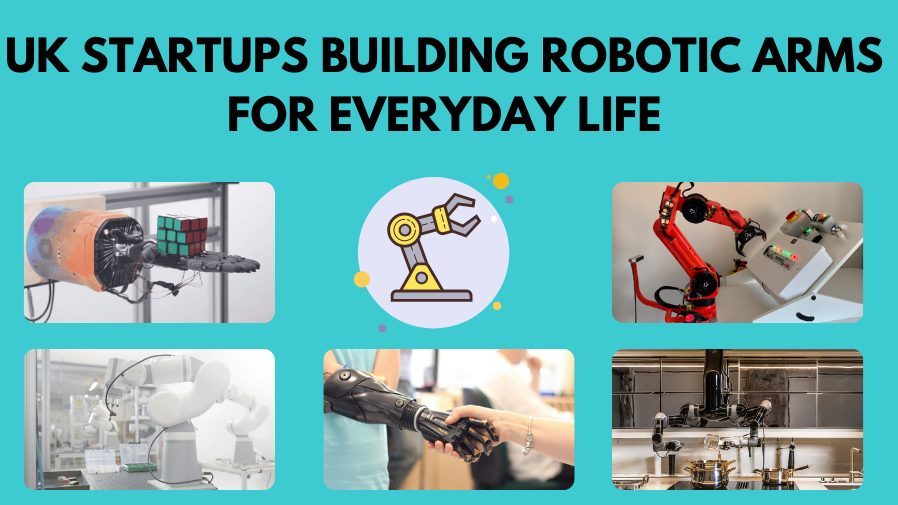 The robotics industry shows no signs of slowing down in the years ahead! Industrial robot sales in the UK in 2020 were up 7.5% on the previous year, according to a recent BARA survey of robot manufacturers and distributors. Some 1,931 robots were reportedly sold in 2020 compared to 1,797 in 2019, said BARA.

Numerous startups are emerging with new generation robots that can navigate and complete tasks in less structured environments with more efficiency, unlocking new options to transform the ways businesses operate and people work.

In the upcoming days, we can expect a drastic expansion of robotic systems in the enterprise and a major shift in how companies deploy robots. Having said that, we have listed out top 5 companies developing robotics hands to watch out for in 2021:

The UK company also partnered with “AVATAR X” program, a new space avatar program led by ANA HOLDINGS INC. AVATAR X is set to launch as a multi-phase programme to revolutionise space development and make living on the Moon, Mars and beyond, a reality.

The London-based company has developed a desktop robotic arm called Eva. It is a lightweight and affordable robot arm built for professionals in a production line, in a lab, a home workshop, or even in a classroom. With Eva, Automata aims to eliminate the repetitive, dull, and strenuous tasks that are still being done manually today.

It is a lightweight and affordable myoelectric prosthesis, available now in the USA, UK, Europe, Australia, and New Zealand, for below-elbow amputee adults and children aged eight and above.

Moley Robotics offers its kitchen with robotic arms, oven, hob, and touchscreen unit. The company aims to make cooking more ecological by optimising the use of time and technology and minimising waste and CO2 emissions.

The robot toolkit features genuine real-time, immersive, and intuitive control using the latest VR technologies and reachability to six degrees of freedom (DoF). The London-based company targets various markets such as healthcare, Industry, Service, and Agriculture, for its use cases.

The Security Interviews: Why helpful bots could hurt vaccine roll-outs