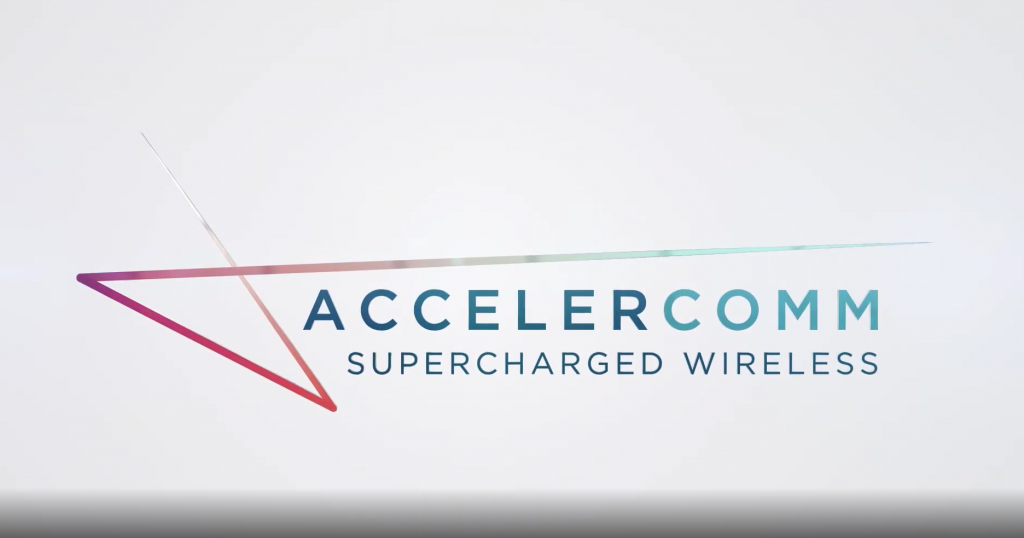 AccelerComm, the supercharging 5G, satellite and other wireless communications with IP which increases spectrum efficiency and reduces latency, has raised £5.8m in Series A funding in a round led by IQ Capital alongside  existing investors Bloc Ventures and the IP Group.

The funding will be used to expand the current team, drive US and global expansion, and develop the technology further as demand for the company’s cutting-edge digital signal processing IP grows among mobile operators, telecoms equipment vendors, satellite operators and connected device manufacturers.

Founded by Professor Rob Maunder at the University of Southampton in 2016, AccelerComm has established itself as a leader in the field of channel coding, also known as forward error correction, and is already working with Intel, Xilinx and National Instruments.

Tom Cronk, CEO of AccelerComm said: “From gaming and VR to automated robotic manufacturing lines and telemedicine, the use cases on the road to 5G appear almost limitless. But a critical roadblock remains – latency. For more than 15 years a research team led by Prof. Maunder, first at the University of Southampton and now at AccelerComm, has been working to solve the challenge to deliver on the 5G promise of a low latency, high throughput experience. We are delighted to have closed our Series A funding round, which will help us further develop and deploy our already market leading technology to help improve the efficiency of networks for many years to come.”

Max Bautin, Managing Partner at IQ Capital commented, “We are very excited that we have been able to partner with AccelerComm in this round of funding. Squeezing ever more data into limited radio spectrum at faster and faster speeds is a huge challenge facing the telecoms industry. Improving the efficiency and reliability of data transfer has become critical to many industries – not just in cellular networks and IoT but also satellites, drones, fixed wireless internet and anything else that uses radio waves. AccelerComm’s track record of selling to globally very sophisticated blue-chip customers and deep IP are very impressive. The amazing founding team combining cutting edge academic and industry knowledge with ex ARM DNA gives AccelerComm incredible growth potential.”

David Leftley, CTO and co-founder of Bloc Ventures and Lee Thornton, Investment Director at IP Group said “Bloc and IP Group are delighted to be partnering with Max and the IQ Capital team on taking AccelerComm to the next level of scale.

“We believe we have the makings of something very special in AccelerComm, something we have not seen in the UK since the early days of ARM”.

What do the new coronavirus restrictions mean for the economy?