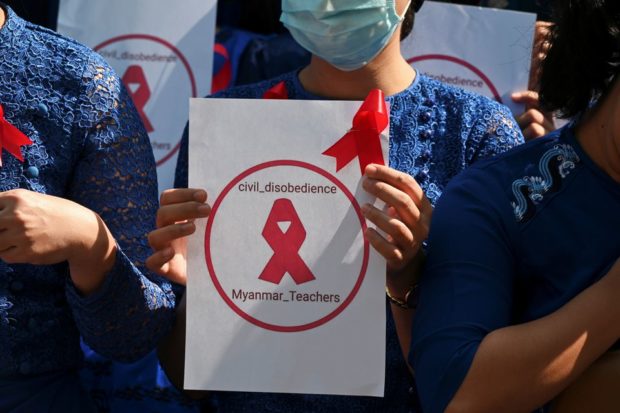 More than 125,000 school teachers in Myanmar have been suspended for joining a civil disobedience movement to oppose the military coup that overthrew the country’s elected government in February, an official of the Myanmar Teachers’ Federation said.

The suspensions have come days before the start of a new school year, which some teachers and parents are boycotting as part of a campaign that has paralysed the country since the military seized power and cut short a decade of democratic reforms.

Keep your head: the self-decapitating sea slugs that regrow their bodies – hearts and all

Out go the blankets, in comes the thrill of eating indoors

No Covid testing decision for arrivals before November,...

Matt Hancock at CogX: ‘Huge opportunities’ ahead to...