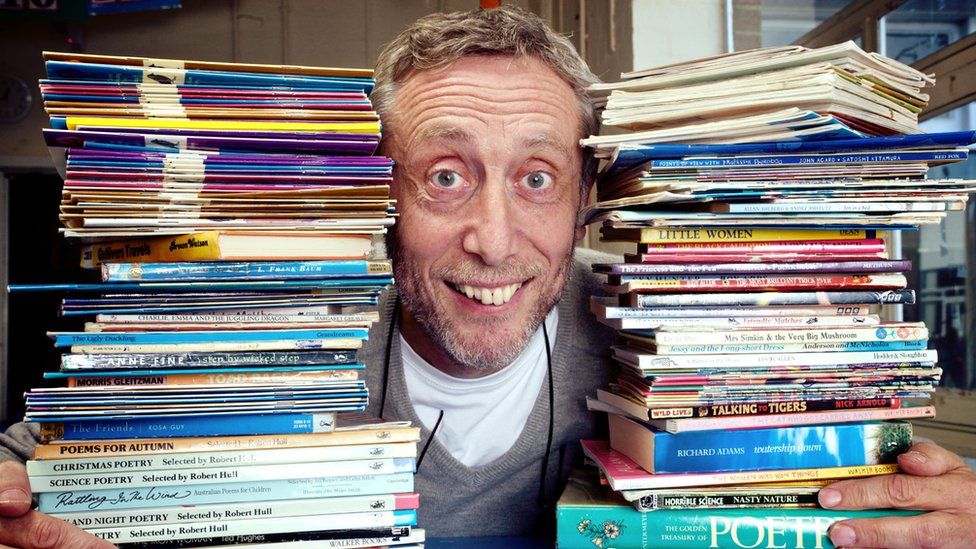 Northumbria University is investigating one of its staff for sharing a doctored image of Jeremy Corbyn reading an antisemitic text, placed over Rosen’s We’re Going on a Bear Hunt

Northumbria University is urgently investigating one of its academics after a doctored image was shared from his Twitter account showing Jeremy Corbyn reading from the notorious antisemitic forgery The Protocols of the Learned Elders of Zion. The title had been superimposed on the Michael Rosen book We’re Going on a Bear Hunt, which Corbyn was actually reading from, with Rosen describing the image as “loathsome and antisemitic”.

Rosen, the Jewish children’s author and academic, responded to a tweet sent from the account of Northumbria University English literature lecturer and author Dr Pete Newbon on Wednesday morning. The original image is of the former Labour leader reading We’re Going on a Bear Hunt to some children. The doctored image still features Corbyn, but replaces the page from the book with the cover of The Protocols of the Learned Elders of Zion and includes the caption: “A nasty, horrible Zionist! We can’t go over him, we can’t go under him, we’ll have to make an effigy”, drawing on Rosen’s book’s famously singsong text.

Dolly Parton gets vaccinated with Moderna jab she helped fund

Marc Waters: From Portsmouth to becoming the MD of Hewlett Packard