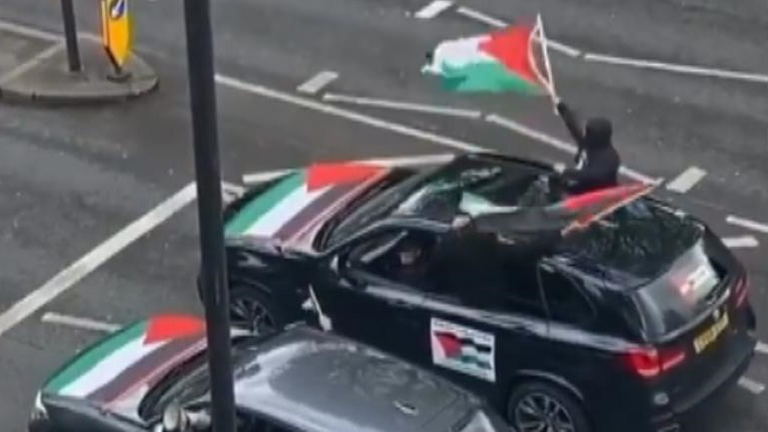 Four men have been arrested by officers investigating a video that appeared to show antisemitic abuse being shouted from a car in north London.

Politicians had earlier condemned the footage, which was posted on Twitter and showed the cars travelling through the St John’s Wood area on Sunday afternoon. The cars were covered in Palestinian flags with a speaker blasting out antisemitic slurs and threats against Jews.

Labour proposes new offences for violence against women and girls