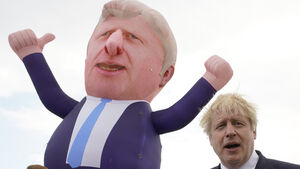 All the latest news and results after Thursday’s elections in Scotland, England and Wales

Q: What will you do if Boris Johnson refuses to allow a second referendum?

Swinney says Johnson is not “some overlord”. He says Johnson should accept the democratic will of the Scottish parliament.

John Swinney, Scotland’s deputy first minister, is being interviewed on the Today programme now. Nick Robinson is interviewing him.

Q: Do you accept you won’t get an overall majority?

Is the European Union guilty of vaccine nationalism?