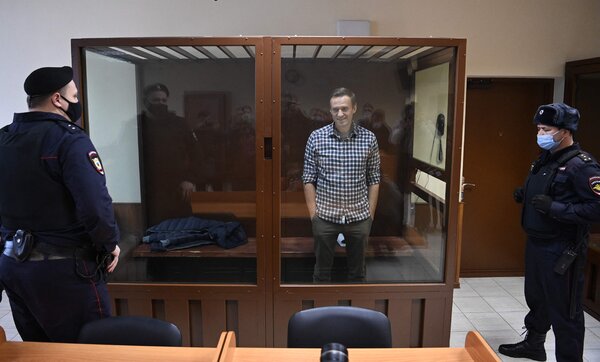 The Kremlin critic Alexei Navalny has appeared in court via a video link from jail, looking gaunt after a hunger strike.

The 44-year-old is serving a two-and-a-half-year sentence for parole violations on an earlier conviction that he says was politically motivated.

‘It’s one of the wonders of the world’: How the entrepreneur who transformed Canary Wharf is now planning to do the same for Saudi tourism

Here’s what Brexit will mean for your house...

Electricity needed to mine bitcoin is more than...