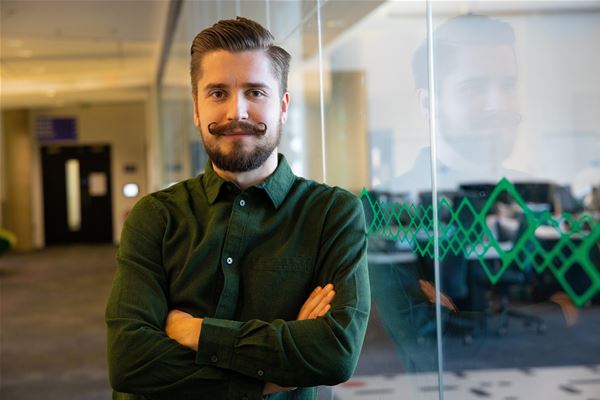 UK quantum photonics start-up AegiQ has today announced that it has secured a total of £1.4 million in funding from Innovate UK to develop secure quantum communications for fibre-optic and satellite based applications.

AegiQ has been awarded Innovate UK funding as part of a consortium of companies. It will build communication infrastructure resistant to hacking by new quantum methods.

The start- up is also championing the use and development of quantum photonic technologies. Led by CEO and co-founder Dr. Max Sich, AegiQ is a spin-out of the University of Sheffield and part of the UK government’s £70m funding initiative to secure the UK’s position as a world-leader hjin quantum technology.

Quantum cryptography is viewed as the key to future-proofing security by the telecoms industry, by addressing advances in quantum computing which make traditional messaging encryption methods vulnerable to attacks. The UK National Quantum Technologies Programme expects "Quantum technologies to lead to major advances in […] the finance, defence, aerospace, energy, infrastructure and telecommunications sectors.”

AegiQ is the leading company developing III-V semiconductor-based quantum photonics (manufacturing chips using elements such as Gallium, Indium and Arsenic rather than traditional Silicon), which is accepted as a far superior method in terms of reliability and security, and leverages existing industrial processing techniques. The company, which is part of this year’s Creative Destruction Lab's Quantum Stream cohort, has also been named one of the Quantum Computing Hardware Companies Building the Future.

“Existing software-based encryption of telecom networks is vulnerable to quantum attack,” commented Scott Dufferwiel, AegiQ’s CTO. “The risks are losing control of our communications and being faced with massively compromised security from quantum hackers. With the rise of quantum computing, standard encryption methods are no longer fit for purpose. A wide range of industries will require these quantum solutions in the near
term.”

Dr. Max Sich added: “Thousands of AegiQ systems will be required in each data centre around the world, as they transition to using quantum technologies for communication and cloud computing. Deploying our scalable technology with mass production capabilities into initiatives like this project will position the UK as a world-leader in manufacturing quantum communications.”

AegiQ is currently raising its seed round of investment. The Innovate UK funding will also enable AegiQ to invest in the further R&D and production of its technology, which underpin technology used in areas such as quantum communications, quantum sensing and information processing.