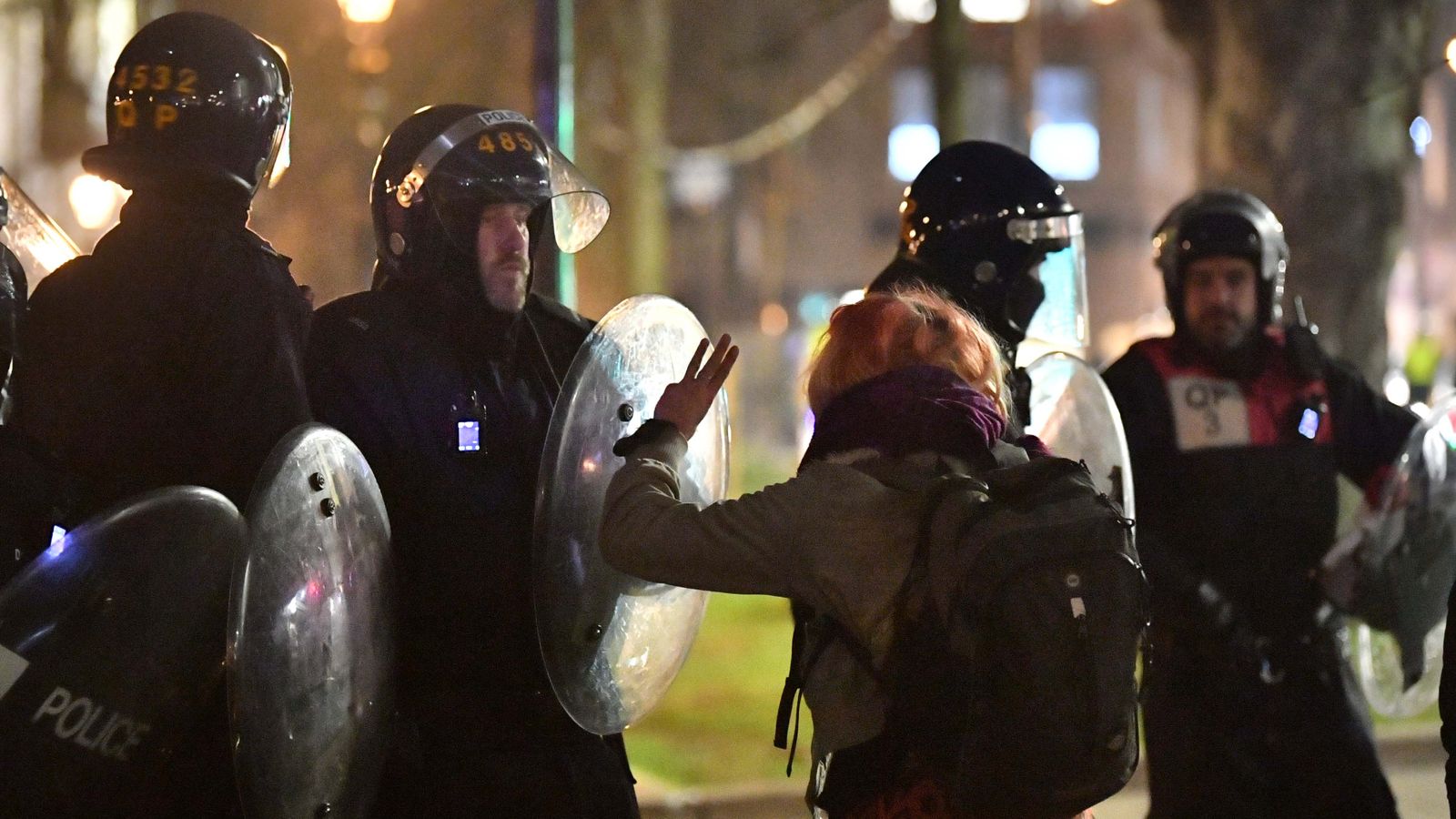 Police have moved in to disperse demonstrators in Bristol, two days after another protest that descended into rioting in the city. The demonstration overnight ended with 14 people arrested, Avon and Somerset police said, including a person sought in connection with the disorder in Bristol on Sunday.

Public order officers were deployed on Tuesday night to College Green, where police said around 130 people had gathered earlier in the evening. It was the latest “Kill the Bill” protest in the city against the government’s policing bill, which will see the police handed new powers to tackle demonstrations.

Human rights in the time of Covid: ‘a...