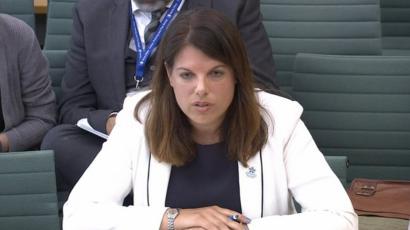 Headteachers and teaching unions have been responding to the decision in Scotland that all secondary pupils should wear face masks in schools from Monday.

If there’s to be a U-turn in England, they want it sooner rather than later, but most agree – whatever the government says – staff and students should be allowed to wear face coverings if they want to.

First, parents, pupils, and staff, will be anxious about the situation and need reassurance from the government about the public health basis for its policy over face coverings in England, rather than it being left entirely to schools to explain the government’s rationale. And, second, if there is going to be any U-turn by the government that it does this sooner rather than later because the start of the new term is imminent.

We have to stay abreast of the science, so when the World Health Organization says that children over 12 should wear masks in communal areas at school, that ought to be listened to.

Parents should avoid chatting with friends at the school gates after dropping their children off in order to help limit Covid-19’s spread, the education secretary, Gavin Williamson, has suggested.

Continuing his drive to get children back into England’s classrooms in September, Williamson said that parents should show “understanding and consideration”.

We’re asking all parents to show understanding and consideration to the whole school community.

Most schools have put in place staggered starts to make sure that there’s a swift and good flow-through of parents, and we just ask people to be respectful of the systems that are being put into place. We’d ask parents just to be really considerate, make sure they’re able to drop their children off and then get on with all the tasks of their day.

Albert Einstein letter with E=mc2 equation in his own hand sells for $1.2m