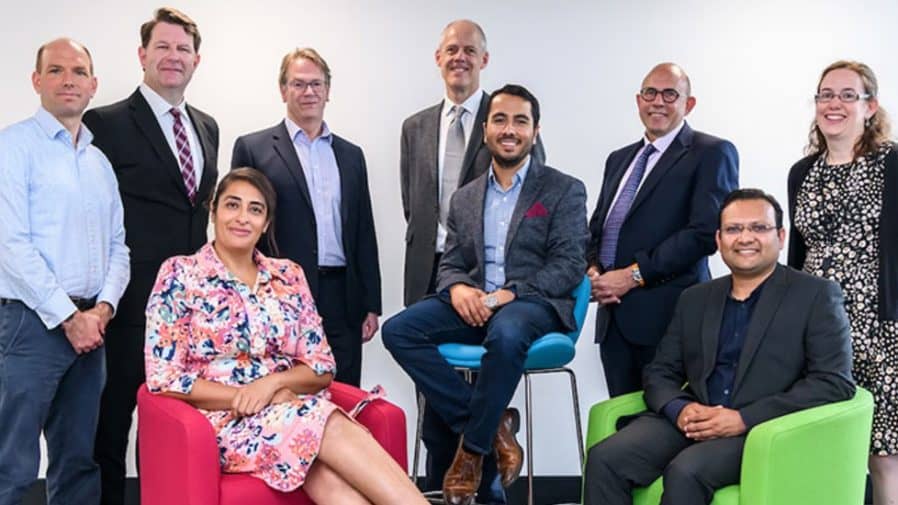 The month of February 2021 has been truly sizzling as compared to January. We saw some of the most substantial funding rounds like Peak AI, Blockchain.com and more. At the same time, TransferWise renamed itself to Wise ahead of a possible IPO, and Bumble got IPO listed, just ahead of Valentine’s Day.

While UKTN was on top of all this news, we did miss to cover some of the most notable funding rounds that also took place this month. But as our readers already know by now, we never miss a chance to acknowledge the fast-growing early-stage tech startups in the UK tech space, so here we are giving an undeniable spotlight to those who definitely have earned some for their hard work and super innovations adding shining stars to the country’s landscape.

Let’s take a look at these enticing startups.

Operating with the mission to help every person with ADHD reach their full potential, Inflow released an official statement to use the investment in product development, growing their scientific advisory team, and expanding the team to deliver an industry-leading program.

The tax tech startup announced that it would use the fresh funding to expand its development team.

ReFlaunt intends to use the funds to add talent to its technology and business development team.

Ad-Lib.io is a tech startup founded by a group of former Google execs and offers creative workflow tools. Recently, it raised $6M (nearly £4.3M) Series A funding. The round was led by Fog City Capital, a leading venture capital firm based in San Francisco that focuses on technology and services companies in the marketing value chain.

The London-based company, which has about 120 employees worldwide, has announced that the new investment will be deployed to accelerate their platform and also will be used for global expansion.

Tinder and Bumble rival from the UK, the dating app startup Jigsaw also recently announced that they secured £2.7M in a seed funding. The round was led by online dating company The Relationship Corp and supported by tech angel investors in the UK and US.

Positioned as a dating app that hides users’ faces, Manchester-based Jigsaw was launched in the US last year during November 2020 and amassed a community of 50,000 singles looking for a more unique dating app experience. The company intends to grow its community to over half a million in the next six months.

As informed in the company press release, the investment will be used to support the business as it enters the next phase of growth, after it has developed and launched its intelligence data feed platform two years ago. Further, Intelligence Fusion intends to continue its growth in the expanding global intelligence market.

The mobility app company from the UK capital, SKOOT promotes and facilitates lift sharing and lets passengers share the cost of the journey. They also bagged £300K this month.

The funding round was led by Low Carbon Innovation Fund 2 (LCIF2). Notably, Turquoise, a UK merchant bank specialised in energy, efficiency and environment announced the seventh deal for LCIF2. The LCIF2 invests in eligible small to medium-sized businesses based in England, particularly the areas that will have a beneficial environmental impact. As a result, the fund has invested in the carbon-negative mobility app.

With the latest funding, SKOOT aims to continue its expansion plans in Europe, North America, Canada and Australia.

CorrosionRADAR, which is based in Cambridge is a predictive corrosion monitoring tech company that energises the global push on industrial digitalisation. The UK startup also recently bagged £2.9M in a funding round led by Saudi Aramco Energy Ventures (SAEV).

The investment will be used to drive the next phase of the global growth of CorrosionRadar. Furthermore, the company will strengthen its operations and widen its efforts to address Corrosion Under Insulation (CUI) and other operational challenges with the help of digitalisation.

Sticky Connections lets developers develop a new kind of application that is digital and physical. The company claims to deliver a physical↔digital experience to users. The sticky is made of premium, weatherproof polypropylene, which is possible with the collaboration with FastPrint.

Sticky Connections secured £325K seed funding in a round led by SFC Capital in a recent move. Sticky offers businesses a fixed and market-leading 1.5%+5p fee on every transaction irrespective of the type of payment, and its goal is to take that to 1% in 2021.

It has been announced that the company will use the fund to enhance its technology platform. Prior to this, CreditEnable raised $5M (nearly £3.5M) seed funding from SunGard CEO Cris Conde, Alter Global and Astia and Floreat.

Did we miss any other important funding rounds this month? Do write to us at [email protected] if we missed to write about you.

Facebook’s Libra ex-head joins advisory board of this UK startup after recent...

People with extremist views less able to do...