Herculaneum fresco among looted relics returned to Italy from US 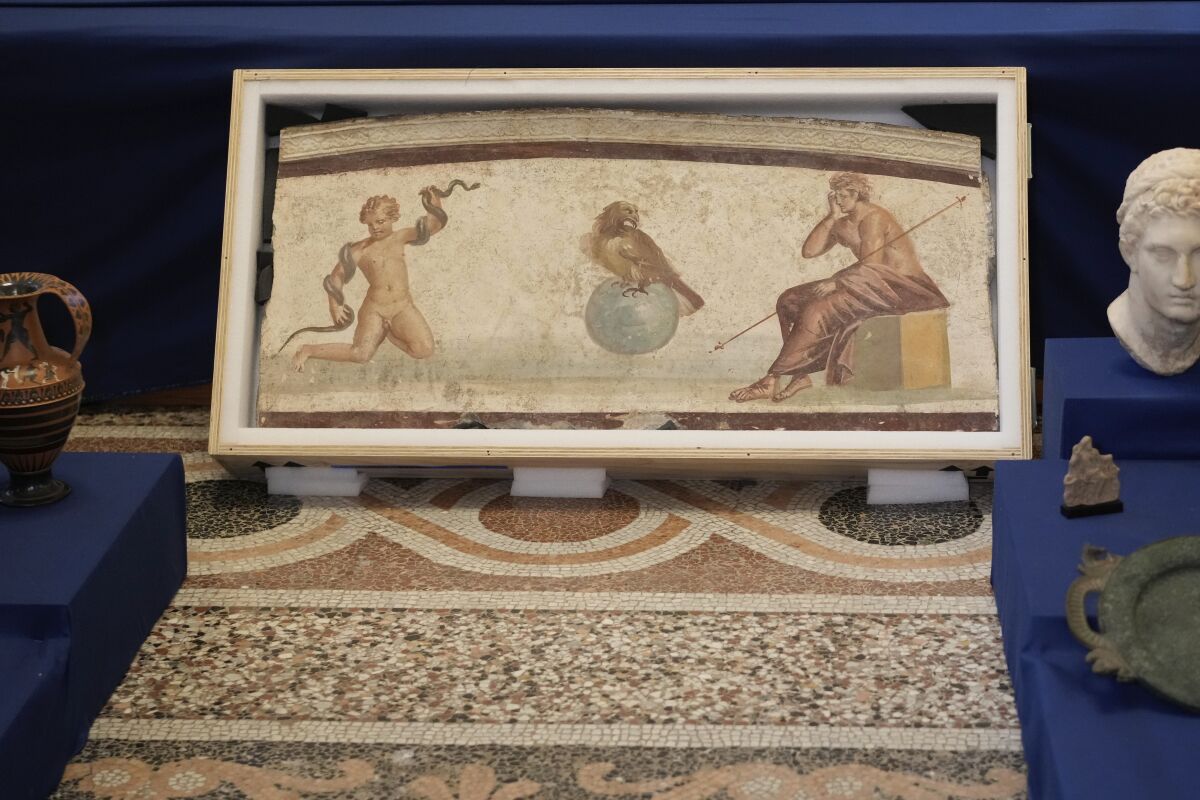 Italy celebrates return of 60 artefacts, some dating back to first century BC, with total value of more than $20m

Italian art investigators have exhibited a fresco that survived the destruction of the ancient Roman beach town of Herculaneum in the AD79 eruption of Mount Vesuvius only to be plundered from its ruins and smuggled to the US, among 60 relics returned to home soil.

The total value of the works, some of which date back to the first century BC, looted from Italy over the past five decades and eventually traced to the US is estimated at more than $20m (£16m). The relics, which were displayed during a press conference in Rome on Monday, include a terracotta Etruscan kylix, bronze busts, ancient vases and kitchenware.

How a mob of Trump supporters stormed the Capitol – visual guide

Fire risk ‘cover-up’ one of ‘greatest scandals of our time’, Grenfell inquiry hears