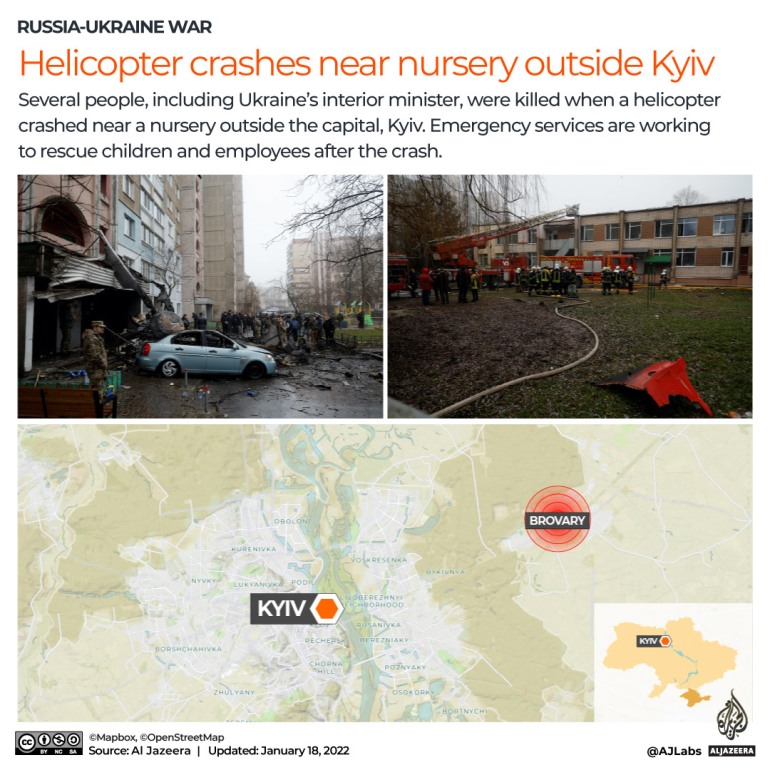 Zelenskiy says investigation opened ‘to clarify all circumstances of the disaster’ that killed 14; defence ministers meet ahead of wider summit on Friday

Germany will send German-made tanks to Ukraine so long as the United States agrees to do likewise, a government source in Berlin told Reuters, as Nato partners remained out of step over how best to arm Ukraine in its war against Russia.

Ukraine has pleaded for modern Western weapons, especially heavy battle tanks, so it can regain momentum following some battlefield successes in the second half of 2022 against Russian forces that invaded last February.