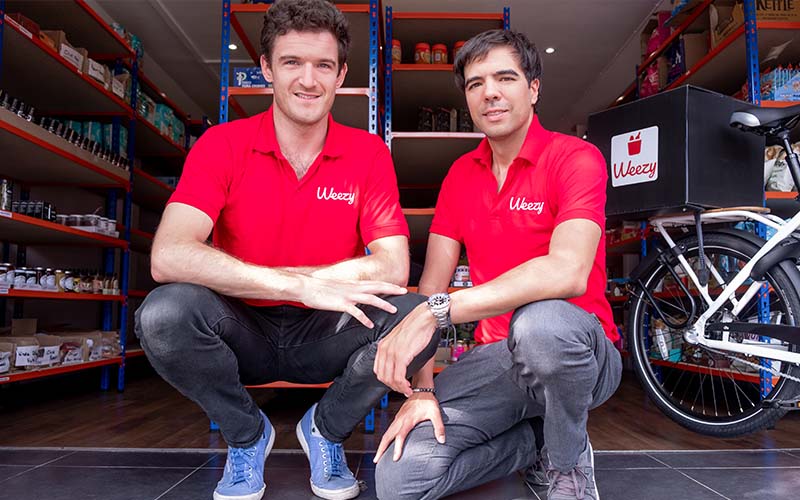 The UK’s first on-demand supermarket that delivers groceries in 15 minutes is now live, after securing £1 million in pre-seed investment from Heartcore Capital as well as the backers and former executives of Ocado, Tesco, Sainsbury’s Chop Chop and Deliveroo.

Weezy is piloting its first fulfilment centre, serving customers in Fulham and Chelsea, London, with plans for up to 15 more in the capital by the end of next year, before setting its sights on a UK expansion.

The startup, which will be competing with major supermarkets, convenience stores and Amazon Prime Now in the now-booming online grocery sector, is targeting health-conscious yet time-poor professionals and parents who need the speed of an on-demand service but don’t want to pay over the odds.

Heartcore Capital lead the round with participation from 20 angel investors including onefinestay co-founder Greg Marsh, an early backer of Deliveroo, and Jon Rudoe who was head of retail and customer at Ocado and behind Sainsbury’s 60-minute delivery proposition, Chop Chop. Other international investors have worked for Uber Eats and Delivery Hero.

Customers use Weezy’s app to select items on their shopping lists – from fresh fruit, vegetables, bread and cupboard fillers, to over-the-counter medicines, cleaning products and alcoholic drinks – fill their baskets and pay.

The order is then picked and packed at Weezy’s fulfilment centre, before being delivered on electric mopeds or bicycles within 15 minutes. The service runs between 10am and 10pm every day, charging £2.95 for delivery.

Co-founder and CEO Kristof Van Beveren says: “We set out to build Weezy in late 2019 having spotted a clear gap in the market for rapid, on-demand delivery of groceries at recommended retail prices.

“We know that people are actively looking for simpler, faster new ways to shop and we’ve seen it first hand. In the current climate it has become less viable, and even less appealing, for consumers to visit stores. Our hyperlocal fulfilment centre model works since we are able to optimise the space for fast picking and packing while having low property and fit-out costs. This allows us to offer the fastest grocery delivery service in London while keeping prices affordable.”

Heartcore partner Yacine Ghalim says: “We had long been looking to back a company reinventing convenience groceries in our digital age. When we met Kristof and Alec, we were immediately convinced that they not only had the superior model, but most importantly exceptional potential as founders.

Seven questions you need to ask when buying security insurance

‘Batman Begins’ cyber attack is a warning to CNI providers