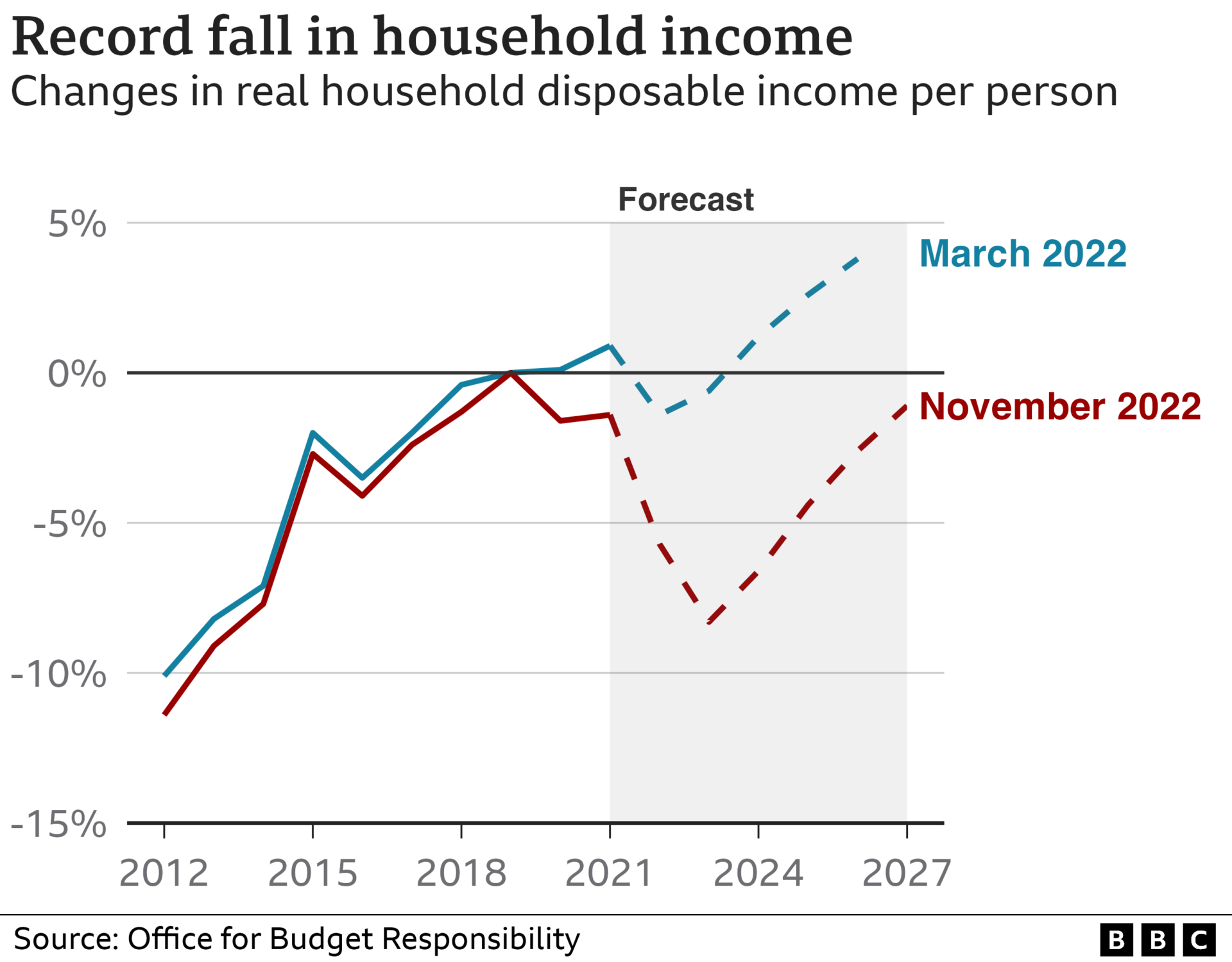 Spending watchdog says Britain is in recession and unemployment will rise by 500,000

The UK has fallen into a recession which will last more than a year and push half a million people out of work, while households face the biggest fall in living standards since records began.

The government spending watchdog forecast a 7% drop in household incomes over the next two years, capping what one of its officials described as a “dismal decade” for growth.

The pain may be partially postponed, but Hunt’s statement will win him few friends