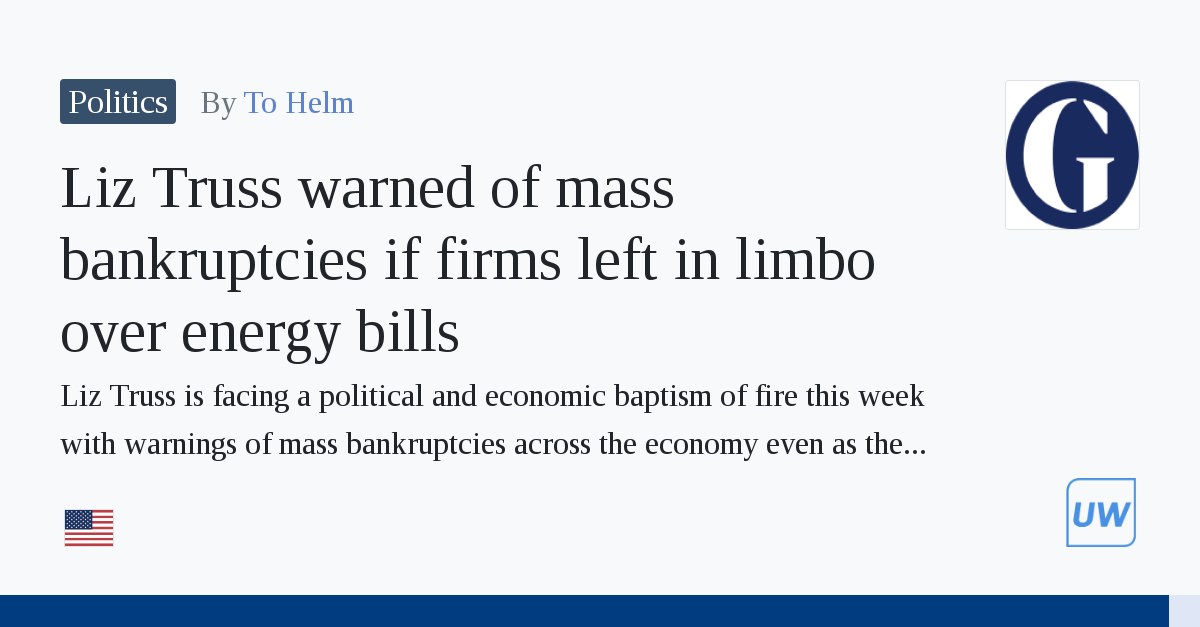 Liz Truss is facing a political and economic baptism of fire this week with warnings of mass bankruptcies across the economy – even as the new prime minister prepares to lead the nation in a minute’s silence on Sunday night to honour the Queen’s legacy.

Before the Queen’s funeral at Westminster Abbey on Monday and her burial at St George’s Chapel in Windsor Castle, Truss will appear on the steps of No 10 on Sunday night at 8pm as part of a final national “moment of reflection” on the monarch’s life and legacy.

Izium: after Russian retreat, horrors of Russian occupation are revealed

Wildfires likely to increase by a third by 2050, warns UN

Record number of migrants cross Channel in one day

Trump under investigation for potential violations of Espionage...