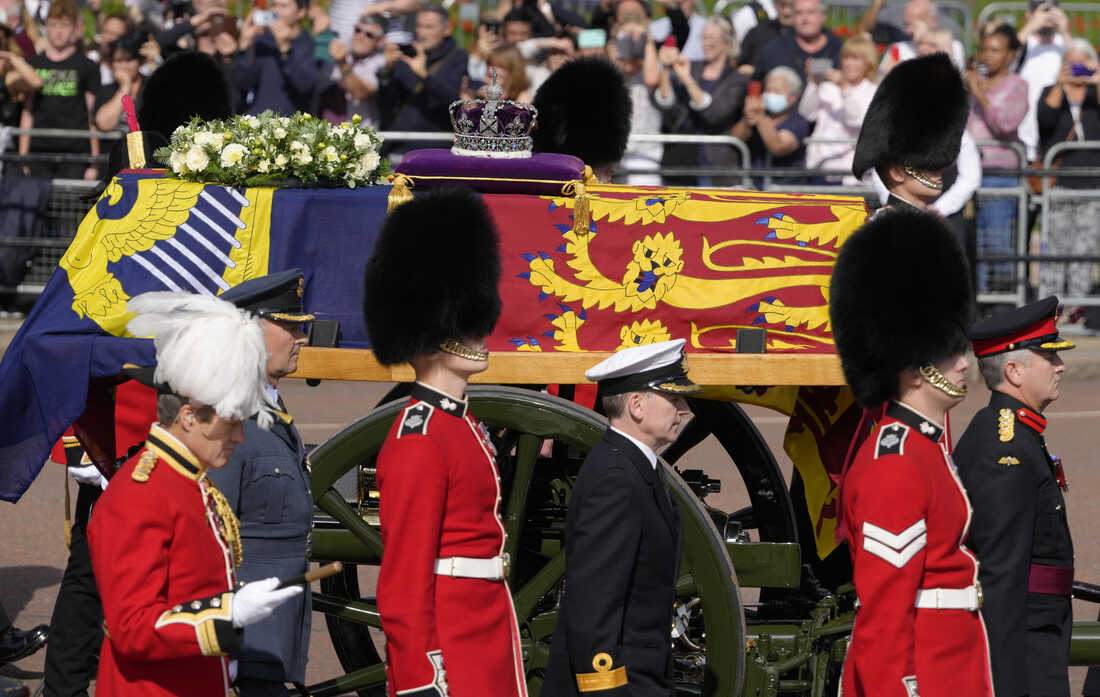 ‘A sense of service’: people say why they came to the Queen’s procession

The mood was sombre thanksgiving rather than patriotic display, and even a republican had to admire the sincerity

From 11am on Wednesday, people were filtering in to the Mall, to Horse Guards Parade, to Whitehall, to watch the procession of the Queen’s lying-in-state from Buckingham Palace to Westminster Abbey. The crowd control was so much more intense than the crowd itself: huge metal barriers, greater than the height of two people, ran across the capital’s most recognisable thoroughfares – Trafalgar Square, Parliament Street – while small groups walked past at respectful speeds. The mood was sombre thanksgiving rather than patriotic display. Tracy, 47, had come down from Lincolnshire with her husband, Neil, and said: “I just felt that I needed to come. They’ve all got this really rubbish life. What do they do if they just want to go to the shops? They’re people just like us, and there’s a lot of pressure on them.”

For those too young to remember the death of Diana, the crowd control must have looked a bit dystopian, as though the police and assembled authorities had been predicting not a payment of respects but a riot. For those not too young, it was immediately obvious what they’d expected: a re-run of 1997, when the streams of people heading towards Kensington Palace were completely uncontrollable, and many of the individuals completely uncontrolled. People were honestly keening in the street back then; I worked in an office overlooking the spontaneous procession, and you could hear these sounds, utterly unfamiliar, surprisingly loud.

Dolly Parton gets vaccinated with Moderna jab she helped fund

Number of male teachers in England at all-time low as pay levels...

Truss accused of hiding from budget chaos as...