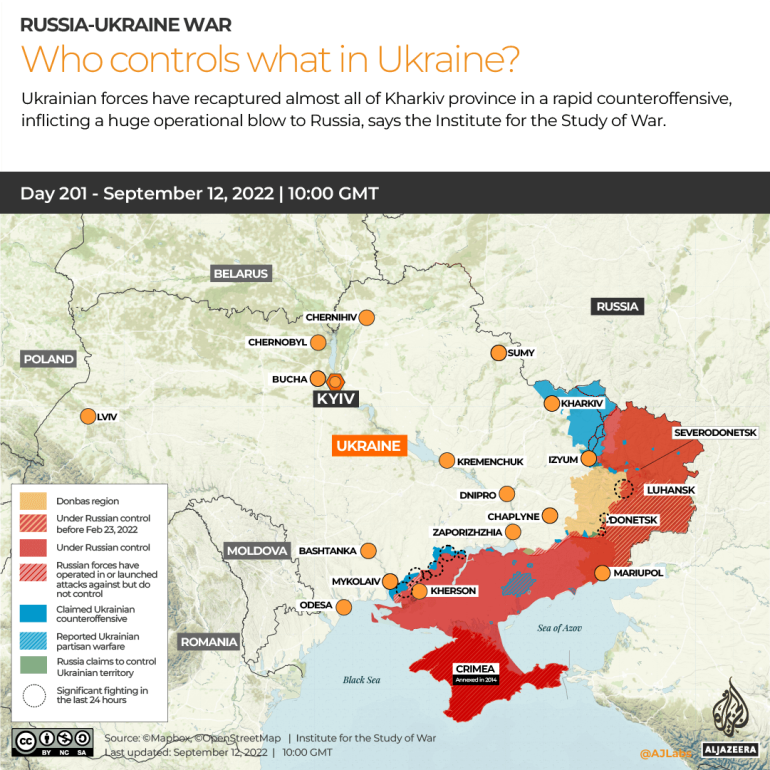 Flags raised on areas previously occupied as Russian troops pushed out from over 6,000 sq km of territory

Ukraine consolidated its control of the Kharkiv region on Tuesday, raising flags on towns and villages occupied by Russian troops for six months, and reclaiming areas seized by Moscow on the first day of Vladimir Putin’s invasion.

The state border service in Kyiv said it had liberated the city of Vovchansk, a couple of kilometres from the international border. Russian soldiers left on Sunday, it added, after the stunning Ukrainian counter-offensive.

National Trust to give staff siestas in summer

UK children aged 12 to 15 to be offered Covid jab

‘I am at your service’: emails reveal Myners’ link to Lex Greensill